What is an Entrepreneur? | Must Amplify 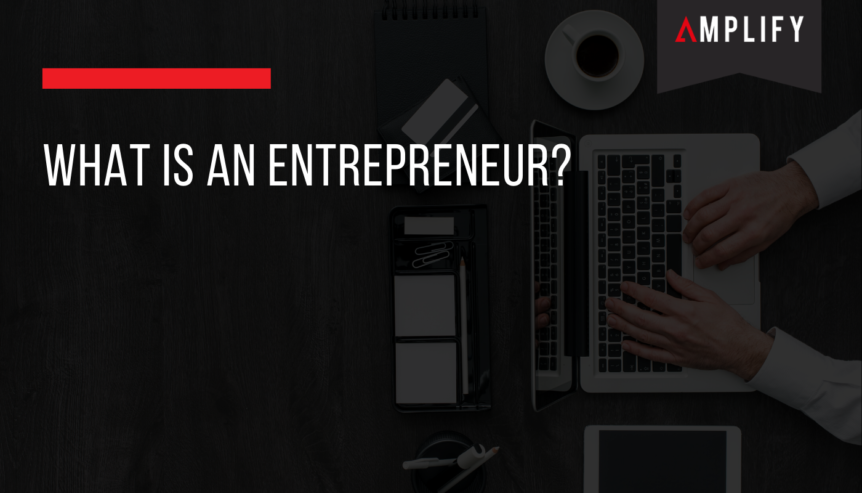 The dictionary defines an entrepreneur as “one who organises, manages and assumes the risks of a business or enterprise”. That sure leaves a lot out, doesn’t it? 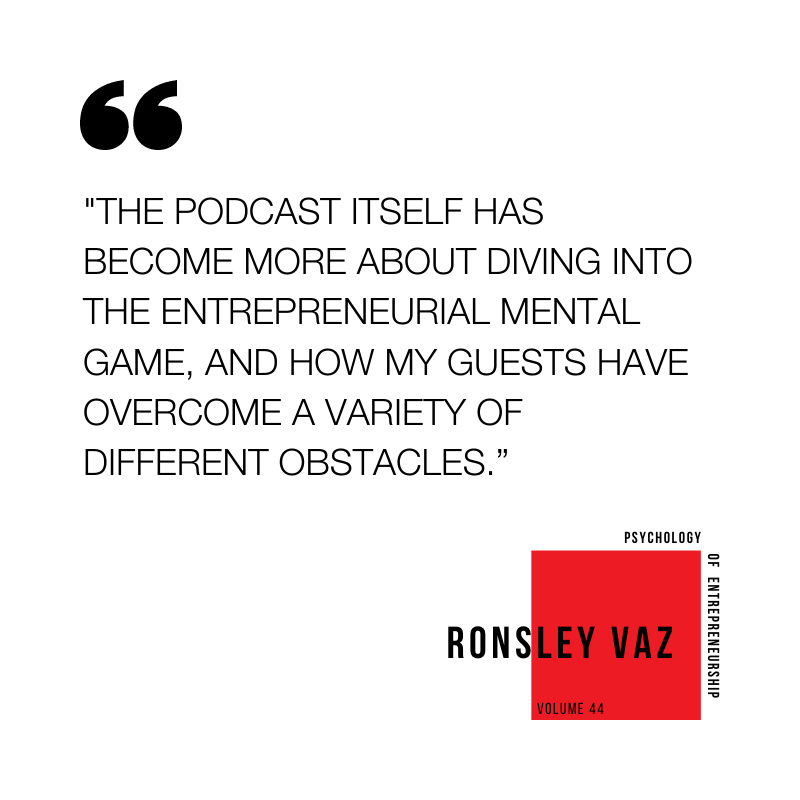 Over the last year interviewing entrepreneurs and creatives on The Psychology of Entrepreneurship podcast, I’ve gotten into some pretty heavy conversations. Every guest on the docuseries has caught my attention for different reasons. Usually, it’s because they have a unique approach to business, or life in general, that stands out from the norms.

Let me start by giving you my definition of an entrepreneur. I think entrepreneurship is about creating value by doing remarkable things. And sure, money is involved as well. The infamous Gary Vaynerchuk says successful entrepreneurs “make more money themselves vs. working for somebody”.

So then, what is value? Value can be a product, a service, an idea even, that didn’t exist before. But now that you’ve created it, it helps someone in some way. And they’re willing to give you money for that help.

All the entrepreneurs and creatives I’ve interviewed on my show have put value out into the world in all sorts of different ways. Coss Marte, for example, from Volume 42, created a workout facility in New York called Conbody. He employs formerly incarcerated individuals as fitness instructors to help them create value in the world while living a sustainable life. His own experience as an inmate in the American prison system gave him insight into what value he had to offer the world.

What is Your Value?

I get it. Maybe you don’t want to start a business or a company from scratch. That doesn’t mean you’re not an entrepreneur. I always say mothers are the original entrepreneurs. They create life, sustain life and then send that life into the world to create their own value. My friend UJ Ramdas from Volume 18 says an entrepreneur is “someone who consistently produces value”. I’d say mums definitely fit that bill. 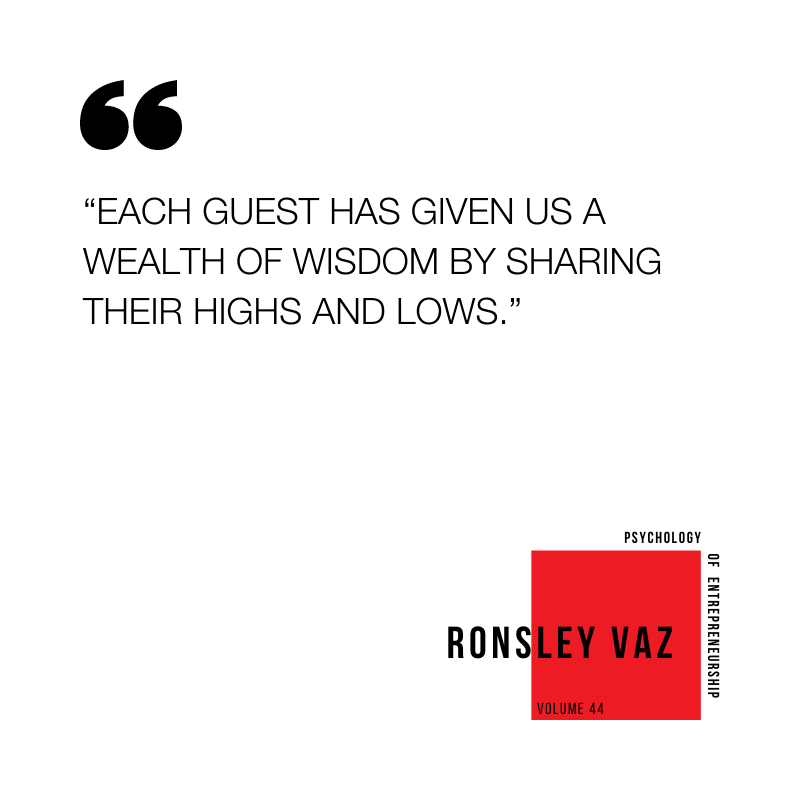 The step that separates dreamers from doers is bringing an idea to life. That’s the action that brings you into the entrepreneurial world. Taking an idea and putting action behind it. You don’t have to create a multi-million dollar company to create value. You don’t have to quit your job and spend your entire savings on a business venture to create value. But what you do have to do to bring value is to take action.

Sometimes in order to take action, we have to work on ourselves. Melissa Ambrosini from Volume 21.1 talks a lot about silencing your inner critic. You know that voice inside you that says you’re not good enough or your idea will never work? Yeah, that voice. Tell it to shut up.

Maybe it’s more than just silencing your inner critic. Perhaps you have to do some more in-depth work on yourself before you can even think about acting on your ideas. That’s ok, too. Whatever you need to get yourself in the headspace where you can stop daydreaming about doing things differently, and actually do things differently.

We’re all entrepreneurs, really. Some of us just haven’t taken that first step yet. Take a listen to some of the amazing guests I’ve had on The Psychology of Entrepreneurship. If they don’t motivate you, well then I don’t know what will. 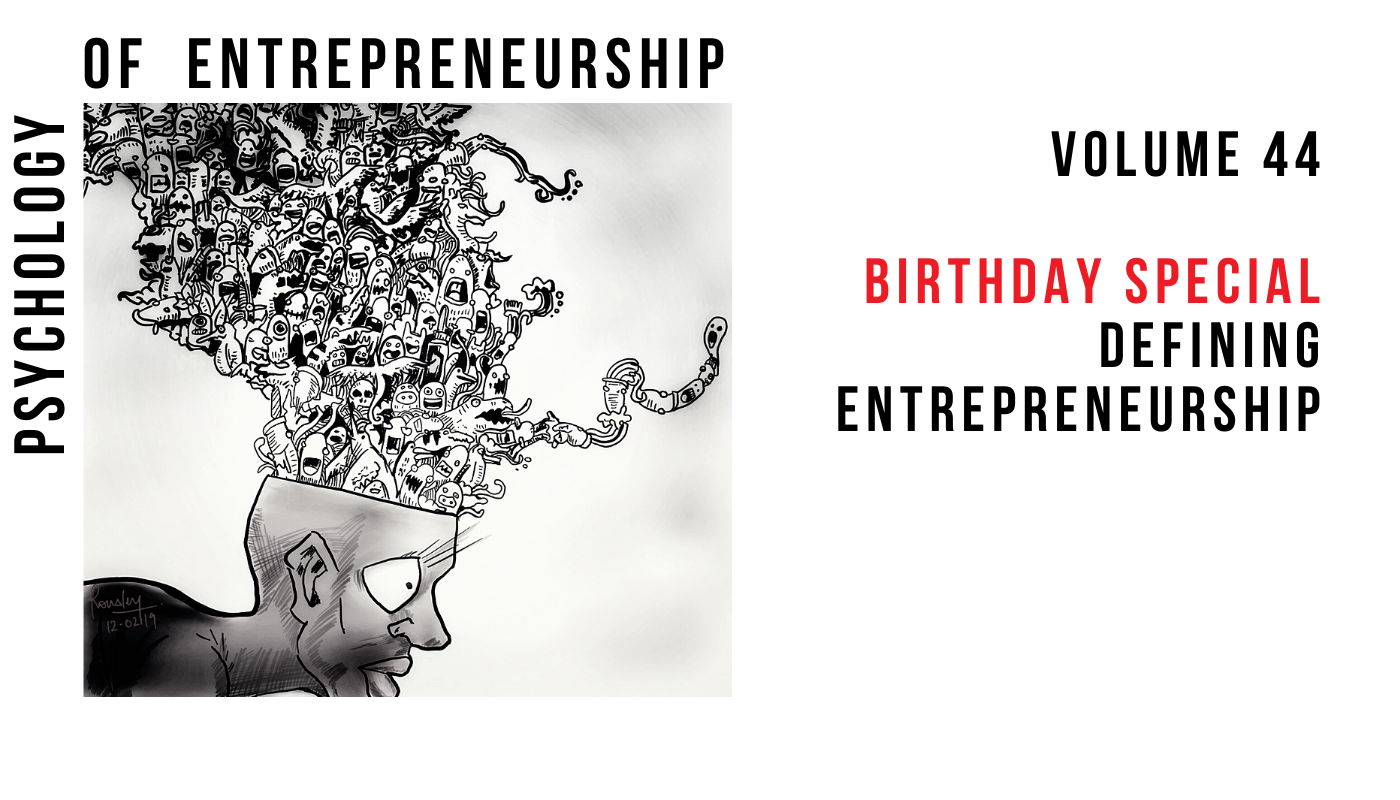 For more on my conversation with these awesome people, click here.

Kaili is the Queen of Audio at Must Amplify.