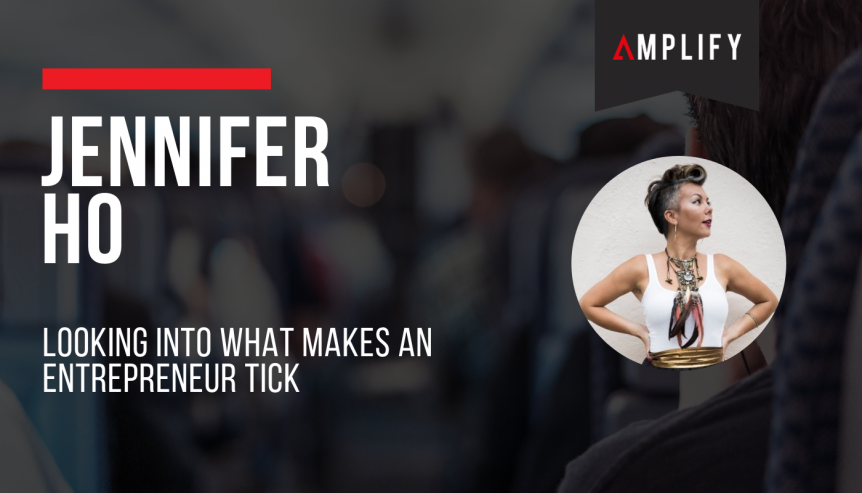 These days, everyone wants be an entrepreneur — for better or for worse. WIth the proliferation of technology and availability of information, more and more people are getting out of the cubicle and starting their own businesses.

Sure, this has led to some pretty terrible products and services. But you can’t deny that we live in an amazing time in regards to business. When a 16 year old can teach themself InDesign and start making logos for small businesses — that’s something to be celebrated.

On the latest episode of Should I Start a Podcast, I spoke with Jennifer Ho. Saying exactly what Jennifer does isn’t the easiest thing, as she is involved in so many things. She’s the owner of United Tribe, a coaching company for entrepreneurs; she’s co-founder of The Hangar Studios, a podcast production, marketing and PR agency; and she’s host of Big Girl Panties, a podcast that examines Jennifer’s journey as a kick-ass businesswoman.

But above anything else, she’s an entrepreneur.

This was where our conversation hovered for our hour-plus talk: what makes someone an entrepreneur. For Jennifer, it has a lot to do with fear. Yes, we all have fear. It’s what makes us human. But entrepreneurs, she says, are always standing on the ledge of a cliff versus ten metres back. They lean into the fear, rather than making excuses.

If you’re averse to risk, Jennifer says, then entrepreneurship is not for you.

This is true. But sometimes this talk of who is or who isn’t an entrepreneur can put people in self-defeating mindset. They might think, ‘Well, I don’t work 12-hour days, so am I really an entrepreneur?’

This isn’t really the point. It’s not to say you can or cannot do something. The point is to give you an idea of what an entrepreneur really looks like. That doesn’t mean that if you’re not doing it now, you can’t ever do it. But you should realise that if you’re not going to put yourself in some pretty scary situations, or deal with the prospect of complete failure, then you’re never going to live up to the potential you really have.

One of the ultimate goals in entrepreneurship, in my opinion, is having the luxury to care. When you’re first starting out in your entrepreneurial journey, you’re likely struggling to make ends meet. If you’re like Jennifer, you’re facing eviction notices while trying to raise two children. Not easy stuff.

But now Jennifer has the time and freedom to do life-coaching (though she hates that term), the ability to focus on other people and inspire those around her.

Here’s one thing that Jennifer said during our talk that really made me think:

“People always say they want to do something. But I know they don’t, because if they did, they would be doing it.”

Are you ready to take the leap?

Listen to my entire conversation with Jennifer Ho here.
https://mustamplify.com/shouldistartapodcast118/