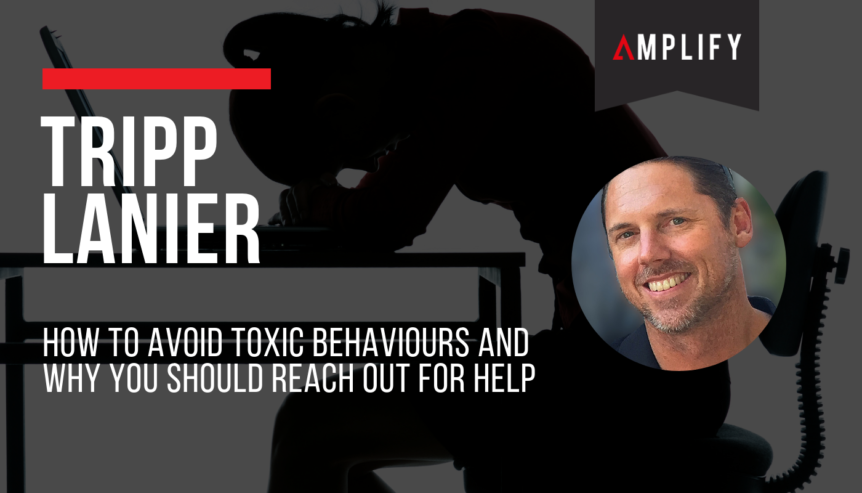 On a recent episode of Should I Start A Podcast, I sat down and spoke with Tripp Lanier. He has an incredibly diverse CV – life coach, author, musician.

Not only that, he’s a veteran podcast host with roughly 12 years’ worth of airtime. His podcast The New Man Podcast: Beyond the Macho Jerk and the New Age Wimp has been downloaded millions of times across the globe, and he uses this platform to interview a whole heap of diverse guests and industry pioneers, from Tim Ferris to Alan Alda.

As an ambitious move on my part, I wanted to turn the tables and get him on the other side of the mic so we could talk all things podcasting. However, our talk took an unexpected turn and organically evolved into a more thought provoking direction.

Toxic Behaviours and How To Avoid Them

Whilst some may say that the following point relates predominantly to men, Tripp would be the first to disagree. Although regularly described as ‘toxic masculinity,’ Tripp has also recognised certain types of patterned behaviours in women within entrepreneurial spaces.

The traits are identified by how people protect themselves through their fear responses, and generally fall into one of two categories. Tripp has affectionately named them – Macho Jerks or New Age Wimps. The former is someone who “puffs himself up” and instils a matter of fact posture and heightened masculinity – insisting “it’s my way or the highway,” without discussion. The latter, is an all-out people pleaser, who will do whatever is asked, in return for consistent security.

Both are trying to get solutions in order to create what they want from the world. Ultimately, “both are fear based responses. They don’t know how to meet people as they are,” says Tripp. “They don’t know how to say, ‘hey here’s what I want, what do you want?’” Then figure something out. One collapses and becomes absent, the other refuses to engage.

It’s about affirming that while you want certain things from the world, you acknowledge that others matter too. Listen to what people have to say, hear how your choice will impact them, and let that inform your decisions.

Loneliness is a common thread between entrepreneurs, and Tripp recognises this point wholeheartedly, as he explains his own personal struggles with loneliness and reaching out for support. “I know this feeling, I hate it. I want to be the guy that’s got it all together, the guy that’s in control.” Reaching out is seen as a vulnerability that translates into being a weakness. For many, it’s about having a strong self-image and instilling a projection of control.

Rest assured, asking for help is anything but a weakness. Tripp mentions the inner workings of pro-athletes and CEO’s – if you think they’re going it alone at that level, think again, “Lone wolves at that point are dead guys.” Sooner or later, that’s something you must contend with to move ahead to achieve what you want.

Avoid entering into a fear motivated response when presented with confronting ideas. Engage in discussion and absorb the responses, consider the options but remain firm about what you want. If you need help, be strong enough to ask.