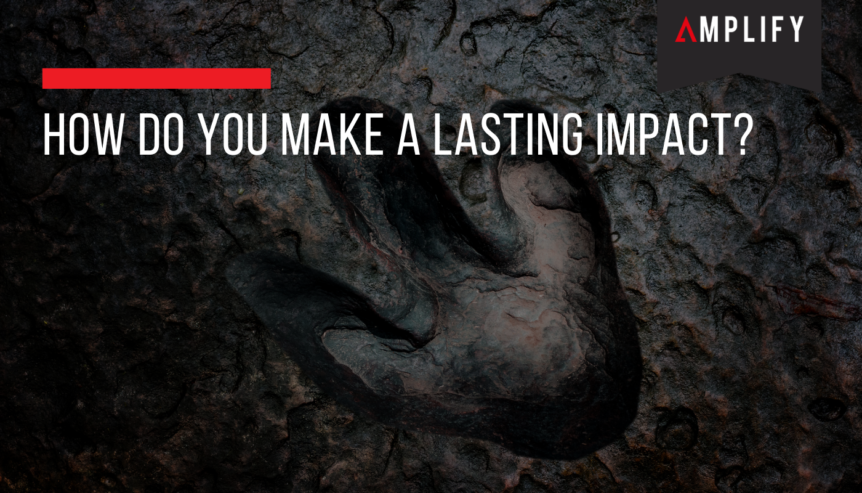 You don’t have to be rich or famous or have a massive platform to impact the world. In fact, making an impact could be as simple as an act of kindness. When it comes to making a difference in humanity, the key is to start small. Start with one person.

On a recent volume of Psychology of Entrepreneurship, we presented a Clubhouse conversation with legend Philip McKernan. The title of the Clubhouse room was “Use Your Voice, Make an Impact.” With the help of Cliff Ravenscraft and some insights from the audience, Philip discussed all the many ways we make impacts on people without even realising it.

Sometimes we tend to overcomplicate things when it comes to making a difference in the world. We seem to forget that it all can start with one act, one change, one person. To get out of our heads, we need to first set our intentions. If you’re doing something positive for the sole purpose of gaining clout or some sort of accolades, the whole thing is doomed from the start. Get your head right first. Ask yourself the tough questions.

Talk to Yourself First 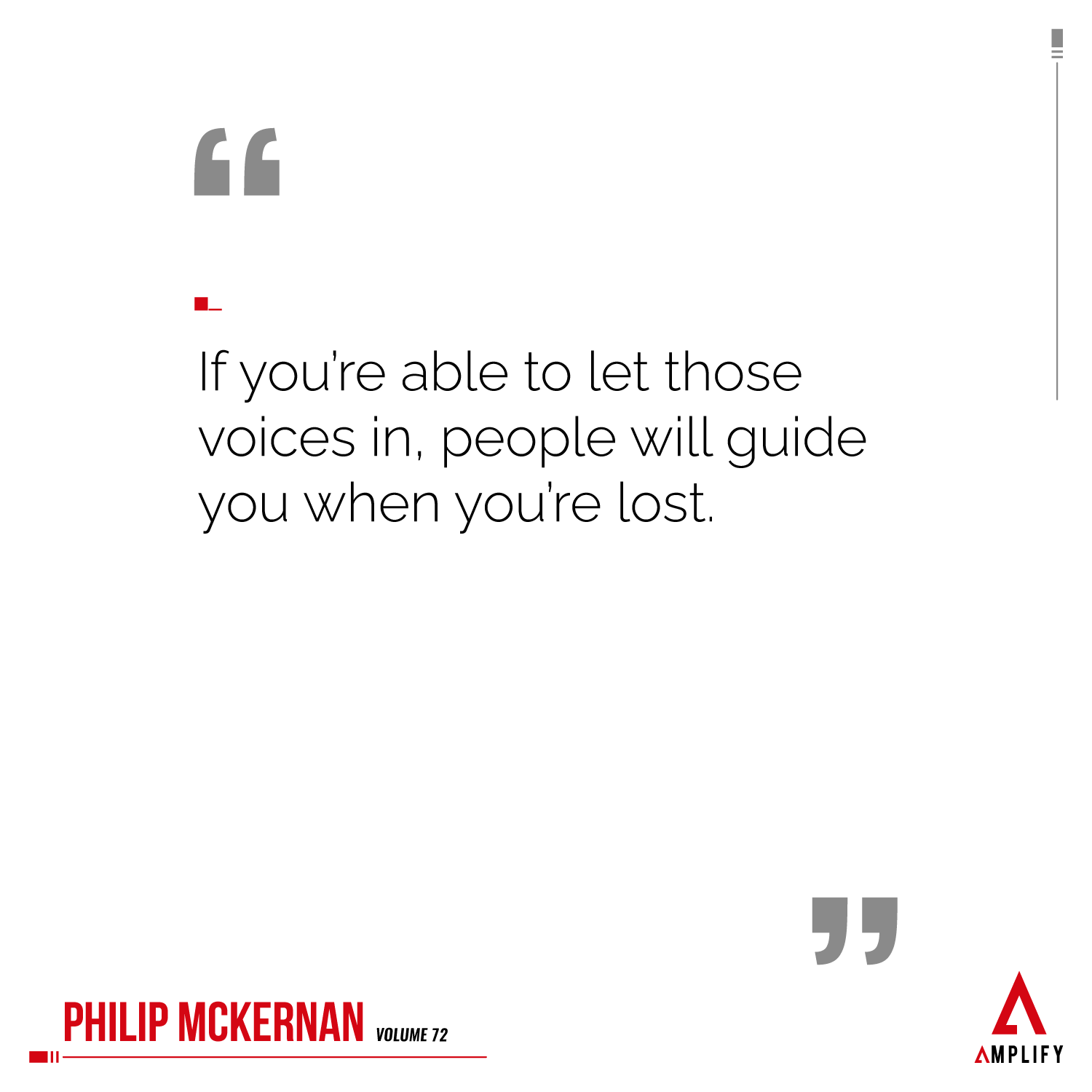 “Any human being in the world is avoiding the most important conversation they need to be having,” Philip explained. Who are you? What do you want from life? Why are you doing what you do? Does it make you happy?

These questions seem simple enough in theory. But the truth is, once you start digging into your own psyche and determining the intent of your actions, things could get messy. But that’s a good thing. You need to make yourself uncomfortable before you can have any sort of lasting impact on anyone else. So suck it up, and get brave.

“I think real bravery is when a man or a woman stops and asks themselves, ‘Is this the life I want to live?’” Philip said. It’s easy to get stuck in the day to day grind that is life. I get it, you have a family, you’ve built a life you need to support with a reliable income. But what good are you to the people you love if you’re unhappy with your life?

Be brave. Dare to ask yourself the questions that might shake up your world. I promise you, the people around you will admire you for having the courage to address your truth. Because if you want to have meaningful relationships and get people to listen to you, you have to show all sides of your reality. 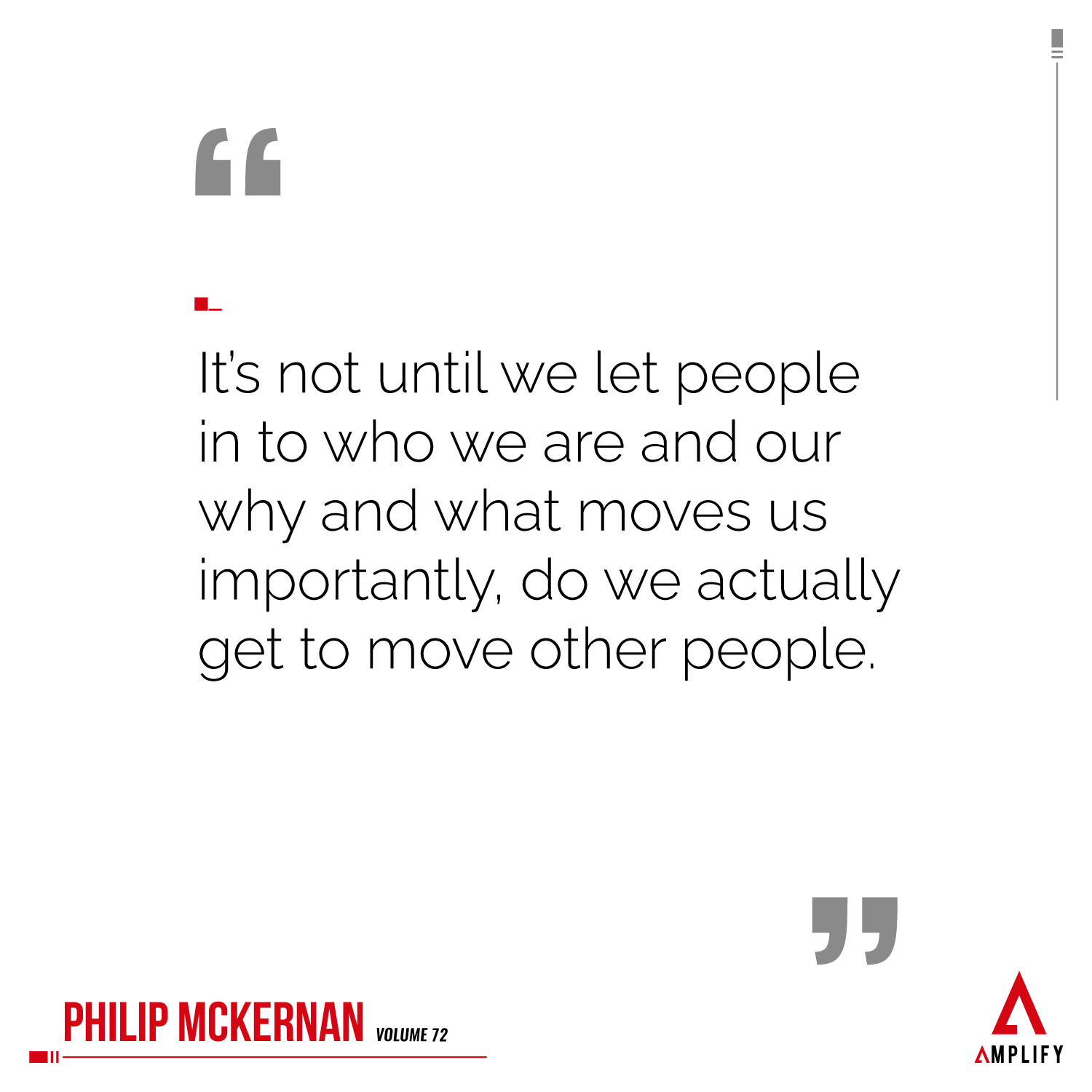 “It’s not until we let people into who we are and our why and what moves us importantly, do we actually get to move other people,” Philip explained. He backed up this powerful statement by telling the story of when he was terrified to speak in front of a crowd at a wedding. He was tapped to give the Best Man’s speech, and he was absolutely terrified. So scared, in fact, that he contemplated injuring himself just to get out of it. But ultimately, he faced his fear, got up on the stage, ignored his prepared written notecards and spoke from the heart. Afterwards, a person in the crowd he had never met came up to him with tears in his eyes and told him how incredibly moved he was by Philip’s words.

We have the power to move people. And we don’t have to become uber-successful or rich to do so. Letting people in, speaking your truth and living authentically are all powerful ways to make an impact on everyone around you.

But you have to let people in, you have to really listen to them. “If you’re able to let those voices in, people will guide you when you’re lost,” Philip said. Those little nuggets of encouragement are there. You just have to listen to them. Let’s let go of the tunnel vision we have for making a lasting impact on the world, and let the world make an impact on us.

To hear more of this insightful conversation, tune in to Volume 72 of Psychology of Entrepreneurship. And after you listen, come find me @ronsley on Clubhouse for a live session. I’d love to hear your voice.