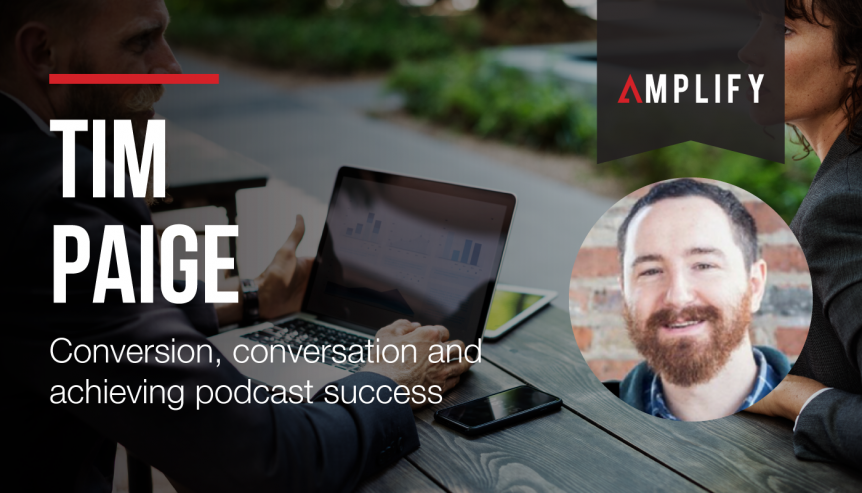 As you probably already know, here at Should I Start a Podcast we’re interested in giving you invaluable tips and advice on what you need in order to make your podcast a growing success. And so, I’m super thrilled to introduce this episode to you because there aren’t many people out there who could be more helpful to the aspiring podcaster than my guest, Tim Paige. Apart from Tim’s awesome voice-over work, he’s also a podcast coach and is a master at getting the best results for podcasters and their businesses. Naturally, I was really excited to chat with him and have him share some of his pearls of wisdom.

While Tim’s first podcast was called The Awesome Podcast, he’s pretty adamant that it was actually not so awesome! What was the problem? Well, according to Tim, like many startup podcasts, the themes and objectives were simply too vague. The idea was to share with listeners how to live an awesome life. Sounds like a great idea, but for Tim the execution just didn’t work. So, when he started his next podcasting project he was certainly not going to make the same mistake. After podcasting had really taken off already, Tim realised that there was still a gap in the market.

As he told me, ‘it just seemed that nobody was doing a clear-cut, data driven, simple tactic in their episodes. It was always these big overarching philosophies or these concepts and ideas about what might work, but nothing based on data and no numbers behind it.’ And what do you do when you see a gap in the market? Well, if you’re a solopreneur like Tim Paige, you fill it! Enter Conversion Cast, a podcast that aims to be as entertaining as it is valuable! For Tim, when you can marry these two positives in the same show then you’re automatically onto a winner!

Tim was pretty keen to impress on me that there’s no specific person best suited to podcasting. As he told me, most people think of podcasters as being totally out there, fun and ridiculous. However, the reality is that it’s far more important to simply be authentic… just to be yourself. Sound easy? Well, me and any other seasoned podcaster will tell you that it’s harder than it sounds. Tim and I spoke about how difficult conversation can be in podcasting. When you’re in the studio with a microphone in your face and your guest’s not sat with you in the room it can be pretty tricky to really get your personality across. However, as the old saying goes, practice makes perfect! Keep at it and you’ll develop your perfect podcast personality.

And with authenticity comes great conversation. Tim told me that not only does he find podcasting to be a lot of fun, but it’s also a great way of networking. Through podcasting he met people that he’d normally never have access to and, after chatting about mutual interests, later became great friends with.

Podcasting as a Profession?

It was great having Tim discuss the different ways that podcasting can help a business grow and develop. Tim’s not convinced that it’s easy to make a living out of podcasting alone – it can be done but it’s pretty rare – but it’s an amazing way of building a profile, improving visibility and keeping clients interested in your business.

Tim really is bursting with positivity. I got the impression from him that he genuinely believes that anyone can achieve what they want as long as they have the right plan and are willing to put the work in. As he put it: ‘You should put effort into being the best you possibly can because it can only help you.’ I couldn’t agree with that more. I also enjoyed Tim’s thoughts on authenticity. It’s so true that lots of podcasters try and be something they’re not, and as such they’re not reaching their true potential. At the same time, it’s not so easy to find your authentic voice as a podcaster, particularly if you’re new to it! It can be the difference between a decent podcast and a really great one.