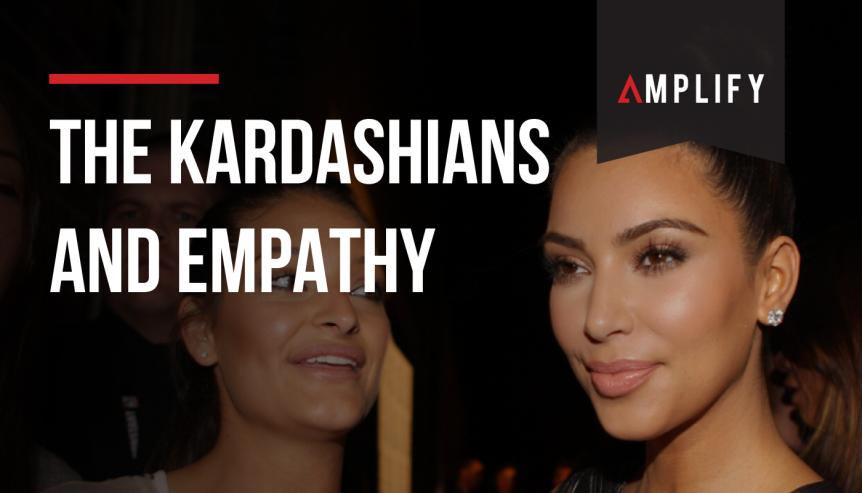 It’s almost taboo these days to even associate free thought with the Kardashian family. Their extravagant, and at-times questionable, existence is so unparalleled to our own daily lives that they have managed to transcend reliability, and have entered the realm of entertainment. But as a student, and department manager of a rapid-growing startup company, these clear-skinned, impeccably dressed anomalies still pique my interest from time-to-time.

I’ve managed to narrow it down to their unique perspective of the world. Although here I am talking about them, I have not (and some may or may not believe me) seen an episode of their show the entire way through. However, there was one particular scene that my mind always goes back to. It was, of course, the moment Kim lost her expensive earrings in the ocean. Her sister, for comedic value, makes the unsubstantiated comment: ‘People are dying, Kim.’ I know, Kourtney has hit the nail on the head and Kim’s a privileged individual. But the scene always gets to me, and I’ll try and articulate why.

It is part of our self-preservation as human beings to stress about the things that concern us. But I think something that might become apparent as we strive for a more utopian society is that, as our bigger problems get resolved, the smaller problems then take priority. Then those problems will be resolved, then the smaller problems will become priority, and so on. I think that the Kardashians are fascinating because it seems as if they’ve preemptively reached this utopian phase of life where the smallest of small problems are actually the worst things they have to deal with.

So, in a way, Kim losing her earrings in the ocean may have actually been a traumatic thing for her. That’s even discounting any sentimental value they may have had. I can’t figure out what would be worse, whether it’s her being upset about losing the earrings, or whether she didn’t care at all because she knew she’d be able to easily replace them.

So, what am I trying to say with this? I believe everyone’s threshold of stress is not only on different levels, but also on different sporting fields. The argument of comparing one’s stress to another may actually be the most pointless argument of all.

Let’s move to a more relatable example – storytime. Alongside my time here at Amplify Agency, I am also finishing my final year of my film degree. I was recently on a set for our graduate films, when I overheard the producers talking about a big final year assignment that was due during our designated filming time. They were so stressed about whether or not they’d even able to finish the assignment (which took up 50% of our overall grade) that a few of them broke down into tears.

As a lowly boom operator, I looked on and actually thought it was quite pathetic. As I was in the exact same boat as them, whilst onboarding several clients, managing a team, developing a new arm for the business, creating new content and what not. How could these people feel stressed when I was under this amount of responsibility and pressure? As high and mighty as I thought I was balancing this workload, it did eventually get the better of me. I approached a close colleague of mine to discuss it, as my performance was suffering from my own workload.

The response I got took me completely by surprise. The colleague went on to explain that I didn’t understand what stress was, and that the level of workload I had was nothing compared to theirs. The individual was clearly stressed as well. And, as bad as it felt that I wasn’t receiving the consolation I thought I would, I had actually received an epiphany. I felt like Kim in the ocean, being ridiculed by her daughter. I felt like the producers on the film set, being judged by someone from afar. I was ashamed of myself once receiving this perspective. But the problem was not yet resolved. My problems are as valid as anyone else’s, so why the backlash?

It comes back to what I mentioned before about self preservation. It is biologically and evolutionarily wired into us to think that our problems are worse than those of others. Even if someone whipped out the ruler and compared them all. This really challenges what we understand about empathy. There are many philosophical articles that really challenge our understanding of what it means to communicate anyway. But for the sake of you, the fellow reader’s sanity, let’s just end with this.

At the end of the day, we may always feel our problems are the most important. In some ways they are. I also think that this isn’t something we should be ashamed of. Instead, we should understand that if someone has gotten the courage to come forward and reveal their weaknesses, then we should respect that as something worth addressing. Simple advice, I know, but it helps with the bloody complex mess we carry around sometimes in our heads.