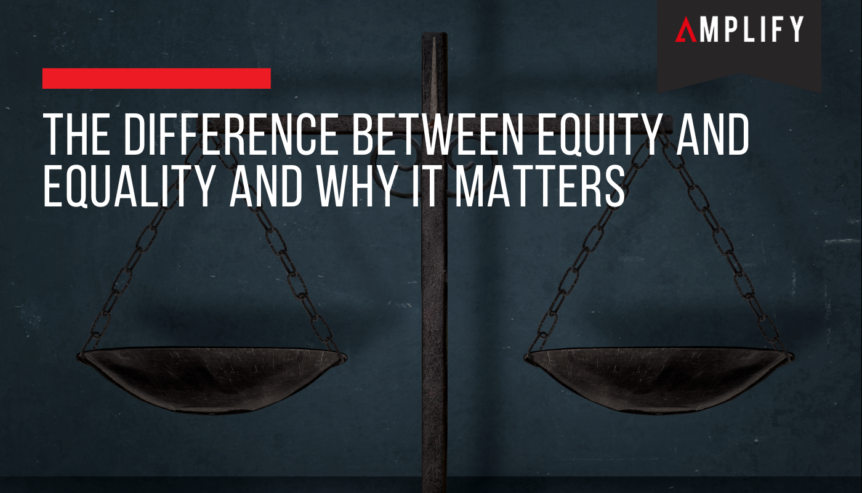 What’s the difference between equity and equality? And why does it matter? Well, equality ensures that everyone has access to the same thing. Equity, however, is about getting everyone what they need to thrive. When we focus only on equality, we’re denying that there may be factors within our control, contributing to why some people aren’t thriving. And that makes us uncomfortable.

On a recent volume of Psychology of Entrepreneurship, I spoke with Rachel Luna, host of the Permission to Offend podcast. Rachel has been featured in Forbes and Huffington Post for her many coaching and speaking accolades. She is the author of the best-selling book Successful People Are Full of C.R.A.P., and creator of The Faith Activated Journaling Experience. She’s also a former US Marine and Iraq War Veteran, a mother to two girls and a breast cancer survivor.

Needless to say, Rachel has lots of markers to identify herself. But identity, according to Rachel, is the biggest struggle entrepreneurs face. She strictly believes that you should be asking yourself “Who am I?” on a daily basis. Because the answer changes. You aren’t the same person today that you were yesterday, and you’re going to be someone else tomorrow. “My core belief, when I think about entrepreneurs and when I think about why things happen and why things don’t,” Rachel explains, “is we need to be connected with ‘Who am I when I’m not worried about what other people think of me?’’”

Part of why Rachel thinks identity is so important is because it can give you a clear picture of what needs to happen for equity to be possible. Rachel proudly joined the US Marine reserves in the early 2000s, not knowing that the US would soon be at war. When she was deployed to Kuwait and then Iraq, Rachel witnessed firsthand the frequent sexism in the military.

In this full volume of Psychology of Entrepreneurship, I play the audio from a video of a man who shall remain nameless discussing his opinion on females in the military. His ridiculous logic is a perfect example of why we desperately need to focus on equity over equality.

“Equal means everybody has the same thing,” Rachel explains. “Equity means everyone has what they need. We need to make sure that everyone is getting what they need to thrive.” A big part of achieving equity is acknowledging differences. Teaching your children not to “see colour” is actually doing them a disservice. Not acknowledging racial differences makes it nearly impossible to see the cracks in our societal systems.

So what’s the problem with equality? “We’re in pursuit of the wrong thing when we keep saying equal, equal, equal. Because equal but separate is still not equity,” Rachel says. Equality is when everyone gets the exact same resources. But with equity, resources are distributed based on the specific needs of the recipients.

In order to determine these specific needs, we have to consider things like systemic racism, which for some, is easier to sweep under the rug. But if you’ve listened to Psychology of Entrepreneurship before, or have read any of our content, we like to sweep things into a giant pile in the middle of the room so we’re all forced to address it openly. So to speak.

That’s why we do need to see colour. We need to address our differences and frequently discuss them. This needs to be an ongoing conversation. As Rachel so eloquently stated, “It’s important that we acknowledge that there is colour, so we can identify where racial disparity and inequality and a lack of equity exists.”

We’re all learning. I know my own personal attitudes towards lots of hot button issues have evolved greatly in the last couple of years. And I know a big reason for that is because of open and honest conversations with people like Rachel.

To hear more of my insightful conversation with Rachel, check out Volume 68 of the Psychology of Entrepreneurship.