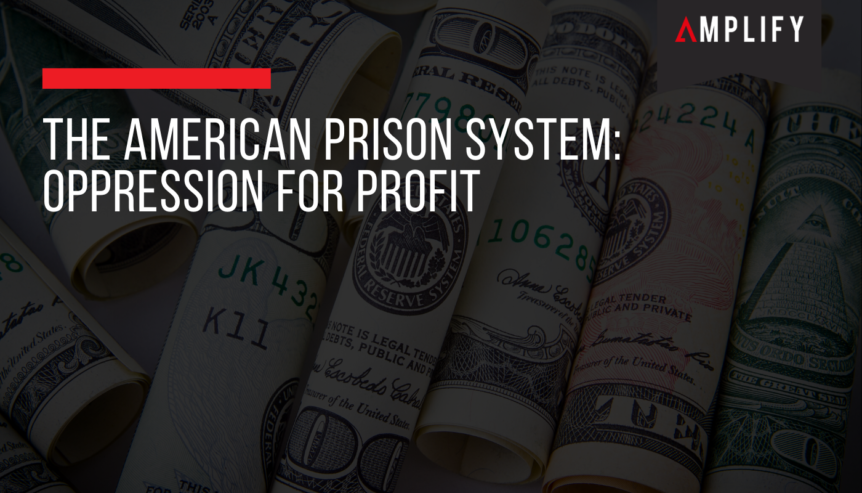 There’s a lot of things going on in the world. Sometimes it’s hard to know where to focus our energy. I’m about to add one more problem to the list. One that’s been there for decades, even hundreds of years, but isn’t talked about much. We’re going to talk about cheap prison labour, and who benefits, and who suffers.

On a recent volume of The Psychology of Entrepreneurship, I had a conversation with a man who has one of the most interesting stories I’ve ever heard. Coss Marte began selling drugs at the age of 19 on the streets of New York. Growing up poor, with no opportunity to see outside of the desolate world he was living in, it seemed like the only option.

It wasn’t long before he had climbed to the top of his territory, running a multi-million dollar operation. He had more than 20 men working under him, complete with delivery drivers and impeccable customer service. Sure, it’s not the usual type of entrepreneurship we talk about on this series. But, you have to give credit where credit’s due.

“I think people respected me because I was just hungry and the hustle didn’t stop.”

But that respect quickly turned to jealousy for some. When a man working for Coss betrayed him and attracted the attention of the Feds, the jig was up. Coss was convicted and sentenced to seven years in prison for drug trafficking. Although he only ended up serving four, the experience was life-changing, to say the least.

Welcome to the DMV, I mean Prison 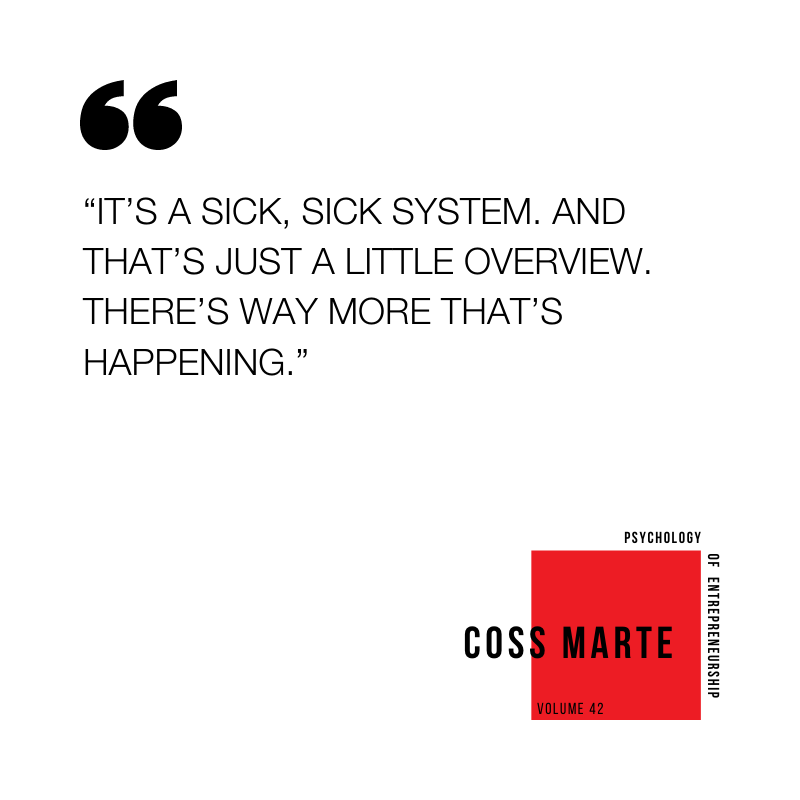 We all hear stories and watch TV shows and movies centred around the chaos of prison life. But, what do we really know about it? There’s a commonly unexplored theme of cheap labour lurking behind the Hollywood magic. Did you know that when you’re buying pretty little underwear from a fancy lingerie shop, those knickers were likely made in prison? That’s right. That coveted “Made in the U.S.A.” tag has a dirty little secret.

“When it says ‘Made in America’, it was made in a prison,” Coss told me. And he should know. For eight hours a day, six days a week, Coss answered calls from customers who thought they were calling the DMV helpline. “For 7 cents an hour, $40 a month,” he said. “A job that’s getting paid out in the streets for $20-25 an hour, I’m getting paid 7-8 cents an hour, which is basically slave wages. And you can’t do anything with that.”

“Well, that’s just smart,” you may be thinking. “These are criminals.” No. These are human beings. And it’s masking a reinvention of slavery that adds to the systemic issues people of colour have had to fight against for hundreds of years.

In an article from The Atlantic, “American Slavery, Reinvented”, the astonishing facts of prison labour are highlighted:

“We now incarcerate more than 2.2 million people, with the largest prison population in the world, and the second-highest incarceration rate per capita. Our prison populations remain racially skewed. With few exceptions, inmates are required to work if cleared by medical professionals at the prison. Punishments for refusing to do so include solitary confinement, loss of earned good time, and revocation of family visitation. For this forced labour, prisoners earn pennies per hour, if anything at all.”

So if locking up more people equals more cheap labour, why would they stop? Where would the incentive be to actually reform individuals to lead more sustainable productive lives? Currently, those incentives do not exist. 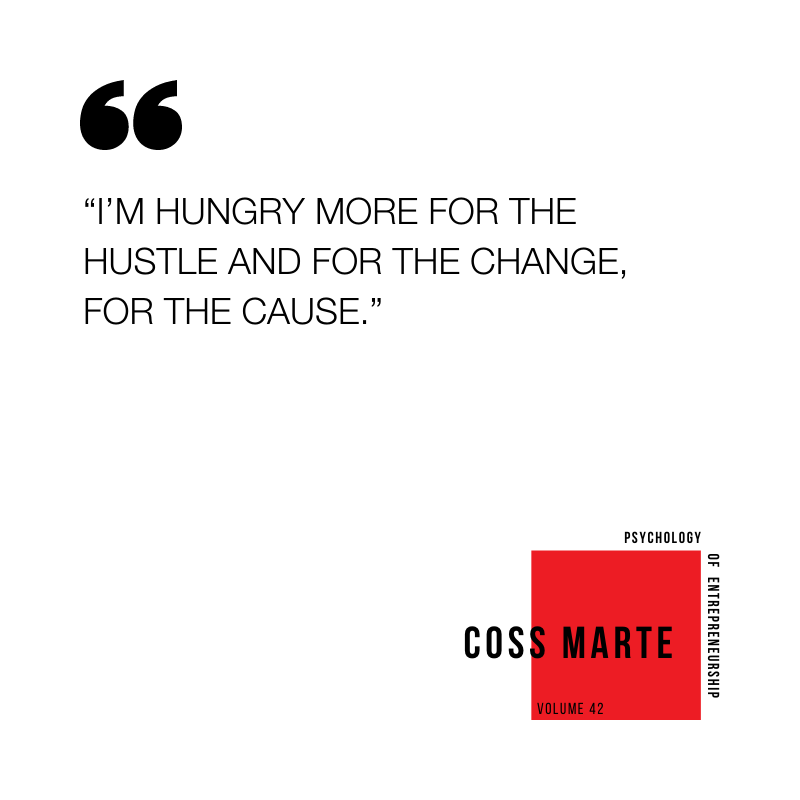 There are people like Coss, who work tirelessly to give former inmates a fighting chance at life after prison. He founded CONBODY, a unique workout facility that employs former prisoners as fitness instructors. He also is the Executive Director at Second Chance Studios, a nonprofit digital media company that trains and employs formerly incarcerated individuals.

Besides working to support former inmates, who deserve a chance at life just as much as you or me, there’s more we can do. We need to educate ourselves on what’s really going on in American prisons. And then we need to get loud. Write your local congressman or congresswoman. Send emails. Join organisations aimed at fighting for criminal justice and prison reform. Be aware of where your products are coming from. Don’t give money to companies that use prison labour for profit.

Somehow along the way, we’ve forgotten that all human beings deserve dignity and respect. Serving time does not mean stripping you of your human rights. Let’s work together and fight for change, so that everyone has a fighting chance at the life they deserve. And so that no one profits from misery and oppression. 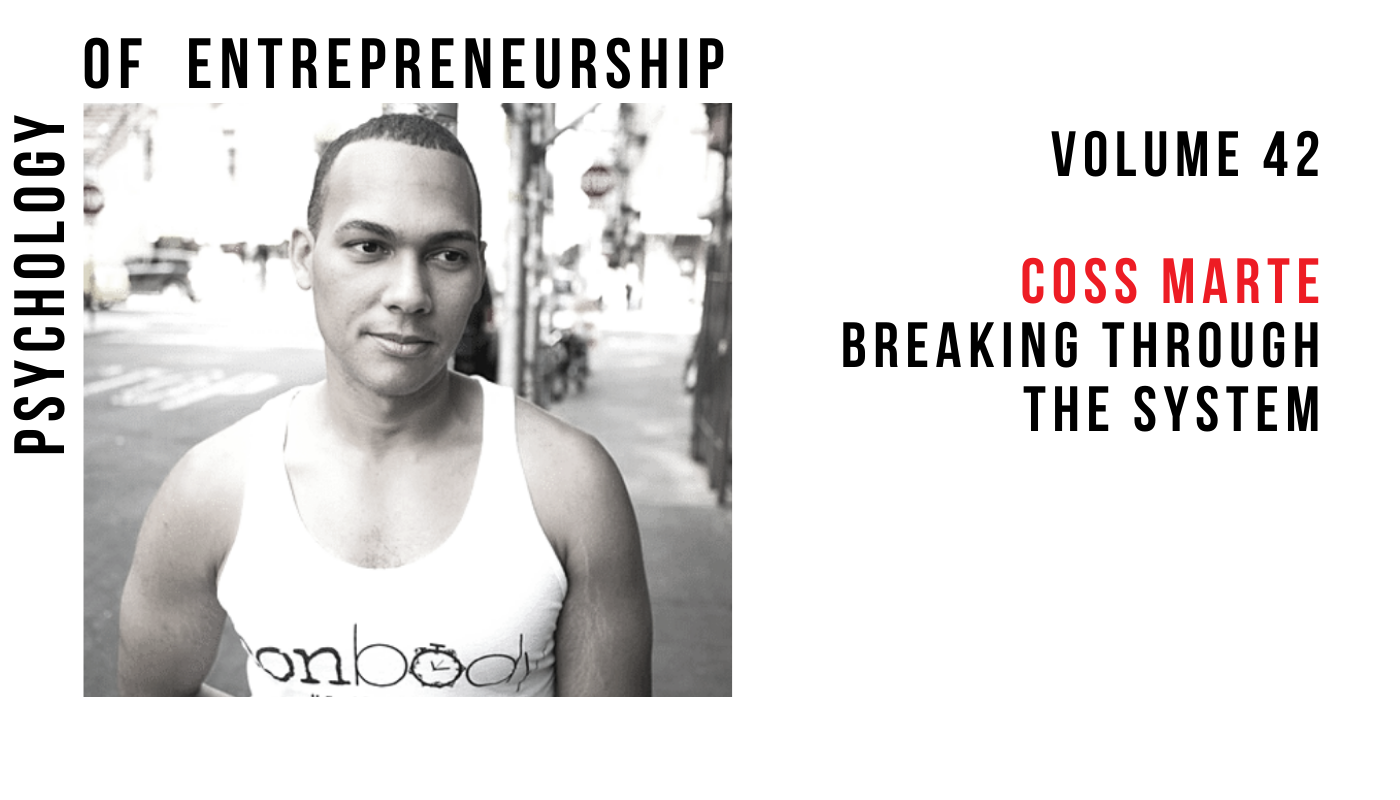 To hear more of Coss Marte’s amazing story, and what you can do to help, listen to Volume 42 of The Psychology of Entrepreneurship.