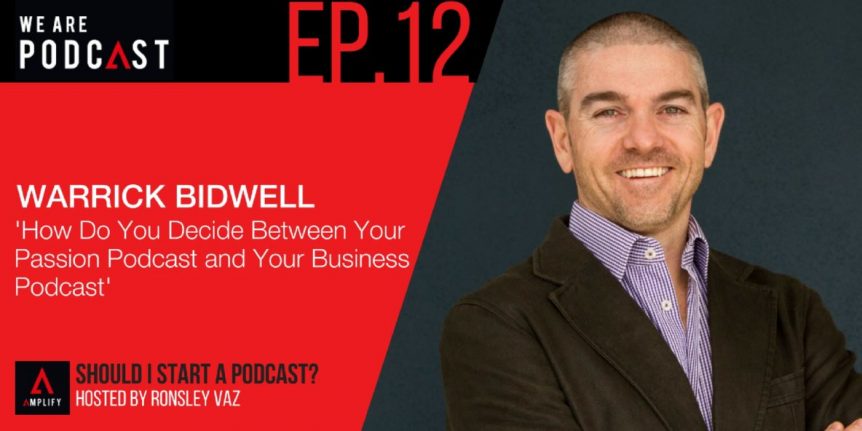 Warrick Bidwell grew up son of a tradie builder. Warrick had planned to follow in his father’s footsteps and join his building business,  but after some encouragement he instead became first of his extended family to attend university. After attending the university Warrick went on to work for some of Australia’s biggest companies in accounting and sales roles, eventually leading him to then build and sell his own financial planning practice.

Warrick used all this experience to work towards his passion  for helping small business owners. Warrick has over 12 years of individually coaching and mentoring businesses, including hundreds of ‘tradies.’

Warrick was born to a long family line of Tradies, and accounts this for some of their success. The Tradies Business Show was received very well, with audience of trades stating that they finally have a show that actually gets the trade life.

The Tradies Business Show is made for people like Warrick’s father who literally worked his guys out to make a living. Warrick states that his family always had what they needed, due to his father’s hard work. The Tradies Business Show’s goal is to help Tradies like his hardworking father, build an asset and leave a legacy, rather than just work really really hard to pay bills, they want to help trades actually enjoy their life. Aside from Tradies Business Show podcast, Warrick and his friend Jay Frew come up with a podcast show called “Throw Buddha On The Barbie”.

Aside from Warrick’s success with his company, The Tradies Business Show & Throw Buddha On The Barbie, he also is very passionate about eating and living healthy. During his college years, Warrick became sick with numerous ailments ranging from acid reflux, chronic sinusitis, psoriasis, IBD, and difficulty sleeping. Relying on medicines from the doctors, became second nature, until Warrick was introduced to the Paleo Solution by Robb wolf. After reading the book, and staying on the strict diet for 30 days, he began to immediately see relief in his symptoms. Now 5 years later, Warrick is nicknamed the “Paleo evangelist” because he no longer relies on medicines, and no longer suffers from all the ailments that had plagued him for over 12 years.

“I didn’t have a list building strategy in placed, underplayed the value or the power of our podcast as far as pitching and approaching sponsors and Alliances and everything early on. For our tradie show, we actually had a sponsor before we launched. And the show were sponsored right through until just recently actually. We had sponsored from day 1 through to like Day 80 or 200 which was pretty cool. So just downplaying I think how interested main stream companies could be in a podcast. Trying to create something that you think people would want. And I guess the remedy to that is either just do what you believe in or just ask your listeners what they want. Ask people what they want to hear. So that’s probably the three things that I don’t think we did as well as we could have from the start. “

“I think as it becomes accepted as a powerful platform, and some podcast can really blow up quickly in a good way and attracts affiliates and sponsorships. I think it takes time and consistency and work. I think in some respect, podcasting can take a little more work because it still not as widely known as podcasters would maybe have you believe. Obviously I’m speaking from my experienced here. “

“You’re not necessarily trip to the golden goose when you launch your first 5 episodes. So think you sort of go into it with the mind-set that “You know what I’m ready for the haul”, “I’m ready for the whole game. “ You’ve got to be really looking with the long view.

Where to find Warrick Bidwell