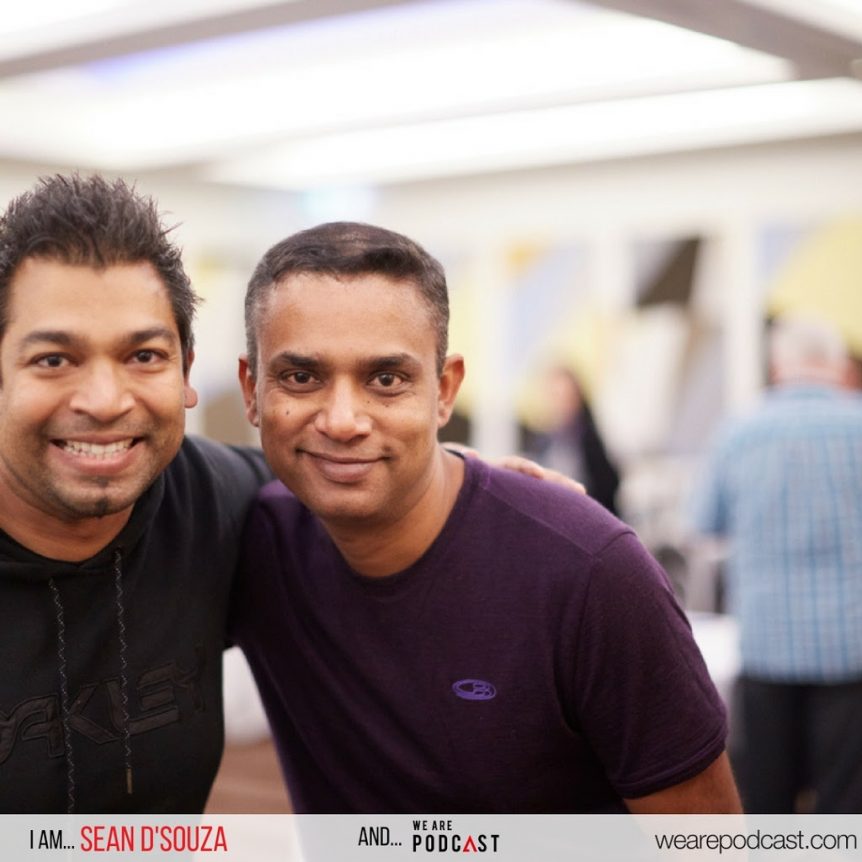 Sean D’Souza holds a number of unconventional titles–brain auditor, headline expert, and cartoonist to name a few. Sean is a psychological master, battle-hardened entrepreneur, a marketing expert and a thoroughly entertaining guy–we couldn’t be more chuffed to have at WAP 2018!

Sean’s been an entrepreneur since the days of Napster, and if you’re looking for a signal of the quality of his work, this longevity tells you just about everything you need to know. Originally an accounting student Sean started his career working for the renowned Leo Burnett advertising agency. Sean became a copywriter, which naturally made him interested in how to distil messages down to their purest, most effective form. Cartoons were a natural segue from there, and beyond that, he moved into graphic design, web design, and finally into marketing as well.

Inspired after reading a book called “Good to Great” by Jim Collins in 2001, Sean founded PsychoTactics™. PsychoTactics is essentially a thought system that is based on 5000+ years of tried and tested methods. The central thrust of PsychoTactics is helping people understand the psychology behind their customers. Sean understands why some customers buy and why some others baulk at the last minute. He’s world class in the science and art of persuasion. He’s brilliant at deconstructing complex issues and making them interesting/accessible for all.

Investigate Sean a bit further, and it’s not hard to find unique and compelling facts. Glance at his blog, and you’ll see that he is producing prodigious amounts of work (300 posts per year), with Seth Godin levels of consistency. Wondering how he does this? Writing a lot is perhaps one of Sean’s least amazing habits.

Sean has become a bit known for a few other quirky habits.

Although both of these are hard to believe, Sean’s the type of person who would pull both of them off. Absorbing facts like these, you begin to understand Sean’s tenacity and dedication to things he sees as valuable. Staggering out of the library with 20 books on a monthly basis or dutifully not hitting the snooze button morning after morning serves as a testament.

Sean’s also got a podcast, called The 3 Month Vacation. The name of his show derives from a promise he made to himself back in 2002 to not let work control his life. It's a show for small business owners, marketers and people who want to get the most out of their life. True to form, there is a lot there with over 220 episodes listed on iTunes.

Sean’s been in the game a long time, and anytime he speaks people listen. Even if he throws an event in some random place— say Belgium for example, people show up.

Sean is an entrepreneur of the highest order and one who’s stood the test of time. He’s seen the landscape change repeatedly as various technological waves have hit but know that none of this changes the fundamentals of human psychology.

Sean’s insight is worth the cost of admission alone. For any entrepreneur owner serious about taking their business to the next level this isn’t to be missed. Sign me up!