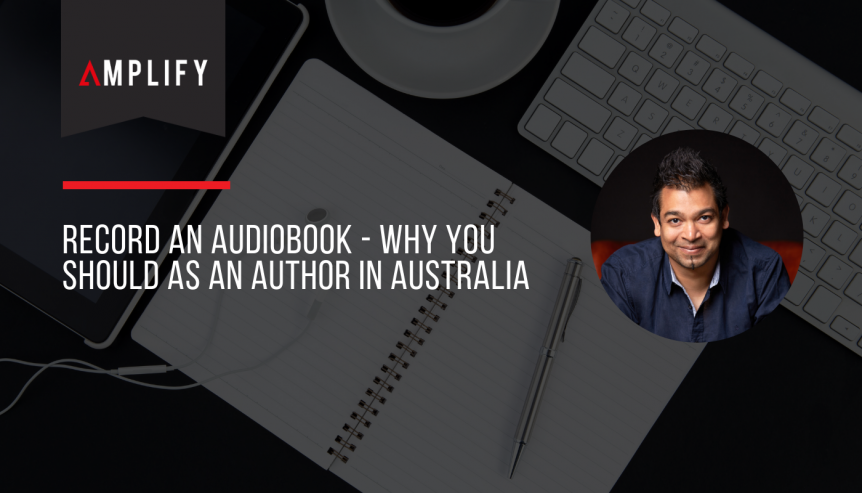 Record an audiobook. This is probably a biased view of the world. Actually, it is. I have been an Audible member for the last 7 years. And here is proof …

As a brand new author, one of the first things I looked at in Australia was what were my options to get my audiobook out into the world as soon as possibly possible. For that I had to record an audiobook, and then have someone edit it. Then that would have to be published and distributed. And most importantly marketed. The best quote which included value for money, responsiveness and credibility sent me this. 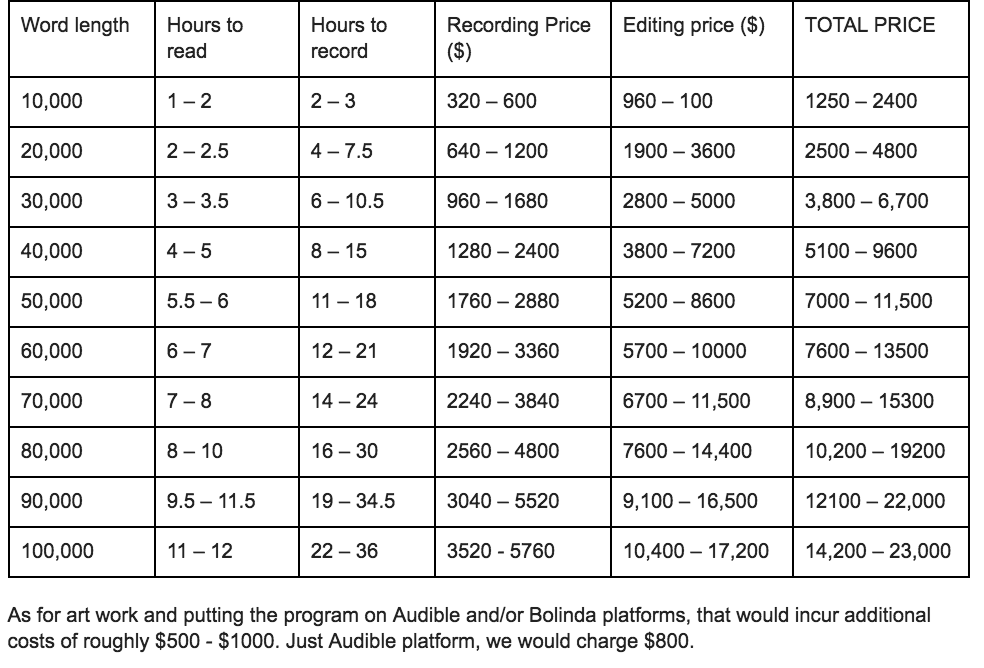 The best competitor price to record an audiobook in Australia

And interestingly enough, this was the cheapest of the quotes I got. Anyway, here are 3 reasons why I think as an author, I wanted to record an audiobook – and get it done yesterday.

1. The consumption of audiobooks

The beauty about audio is that you don't have to stop what you are doing to consume it. Every other form of media requires your undivided attention. This is probably the main reason that would allow someone who buys your audiobook to listen to it. In a recent poll done on a famous entrepreneurs' Facebook page, his followers said that they would first buy the audiobook. If they liked it, they would get the ebook. And then finally, they would buy the paperback version.

Please don't misunderstand me here. The paperback version is probably the one with most credibility and it sets you apart from every other ebook only author. But, for ease of consumption, record an audiobook.

2. The trends for audiobooks

There are 2 really interesting quotes by goodreader.com. The first is enough proof to care about getting me to record an audiobook…

“The audiobook format has the highest growth rate in the entire digital publishing industry.“

The second quote is full of nice sounding stats. Also cementing the proof that I needed to record an audiobook…

“The Association of American Publishers said that audiobook sales in 2016 rose 30% in January and 42% in February compared with the same period in 2015.“

Actually, there is a third quote here…

“Approximately 3.88 million audiobooks were downloaded in 2015 compared to the 2.47 million eBooks that were read.“

I'm really not going to add much more to this, because I feel sometimes too much information is pointless. I'm going to just leave this here.

Also, people love consuming audiobooks that are read by the author. See this…

3. The distribution once you record an audiobook

With phones, watches and tablets having the ability to get a consumer to buy, download and listen to an audiobook in under 30 seconds, there hasn't been a better time to record an audiobook. With channels like Audible, iTunes, Booktopia, Blackstone Audio, Gildan Media, Hachette Audio, HarperAudio, and Naxos Audiobooks that are either already in the game or will be part of the game soon, why wouldn't you record an audiobook. Remember the first and last screen we look at today is our phone.

The moral of this story was that I couldn't find anyone that provided me a service which made me happy. So, as the first audio marketing agency we took it upon ourselves to create The Library of Sound. But, if you have never listened to an audiobook, you can get a FREE audiobook of your choice through Audible.com by clicking here. And if you want to know more about The Library of Sound, the image below will take you there.