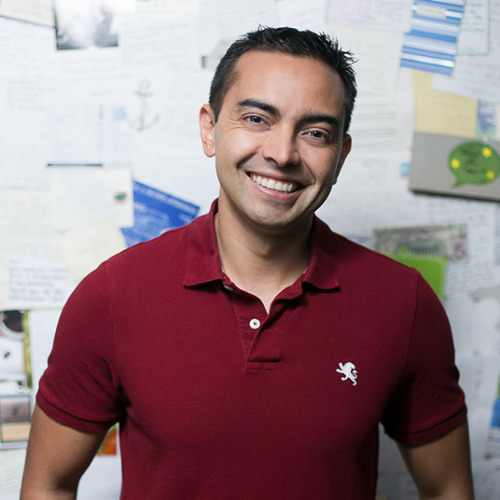 Pat Flynn was one of the first names on our 2018 We Are Podcast speaking roster, and we couldn’t be happier. You might recognize him from our promo video, but if not here is a bit more about Pat.

Pat is many things but to try to condense it into a single sentence, he is a thought leader in the areas of online entrepreneurship, digital marketing, and lifestyle businesses. Meet Pat today, and he might seem like one of those people who was destined for success and had it fall into his lap. The guy’s even got a Wikipedia page after all. But actually, nothing could be further from the truth.

As is the case of most seeming overnight successes, Pat’s current status is the result of hard work, a clever approach, a desire to serve others, and many storms weathered.

In 2008, Pat was laid off from his position with MBH Architects, another victim of the global financial crisis. Instead of blaming external forces for losing his job Pat rolled up his sleeves and took it as an opportunity to try his own thing. He created a website to help other people in his industry pass the LEED exam. GreenExamAcademy.com is where it all started for Mr Flynn, and it wasn’t long before he was blogging and podcasting in support of his fledgeling online enterprise.

To be a podcaster in 2008 is to be so far ahead of the curve that you can barely see the road. Pat’s influenced many of the big name American podcasters who came after him.

In the intervening decade, Pat has built up a number of other businesses and collected quite a few accolades. He started The Smart Passive Income Blog as a way to be radically transparent about what he was doing and to give back to the entrepreneurial community. He also started  The Smart Passive Income Podcast to match, which since 2010, earned multiple awards, was featured in The New York Times and has generated a total of over 35,000,000 downloads!

Pat’s also launched a mobile app, developed various niche sites and has written two books. To date, Flynn's businesses have generated over $3 million in revenue. To give you a little taste of what you might expect in his keynote, here are a few quotes:

“Your earnings are a byproduct of how well you’re serving your audience.”

“A sure-fire way to predict the future is to take no action at all. When you do nothing, you get nothing.”

“There are a ton of ups and downs, and many times our highest points come immediately after our lowest.”

Ultimately, we find Pat’s story highly relatable–he built a successful online business, wanted to give back and has since been publishing some of his experiences to show others the way. He’s a veteran of the new generation of entrepreneurship and someone to be listened to. Pat is a big advocate of self-investment, perseverance, and altruism.

As someone who’s succeeded wildly in business and found passion and purpose along the way, who better to teach us ways to amplify, influence and impact? For ticketing information click here!