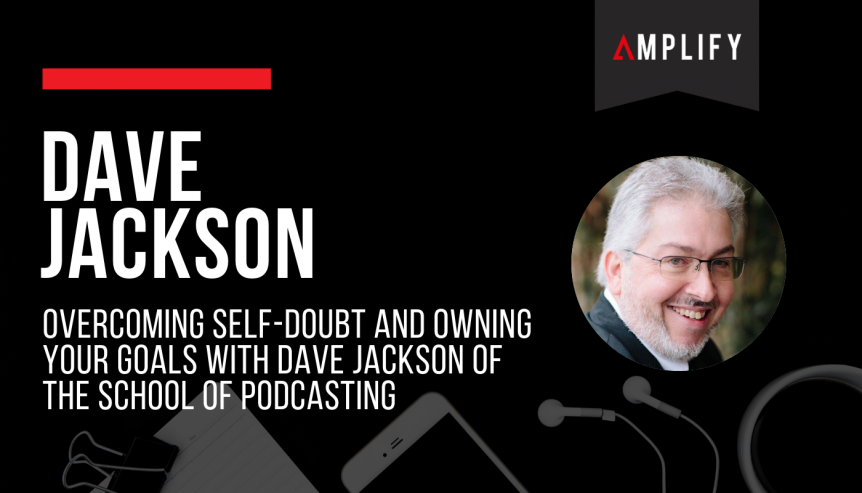 There were a lot of great things about We Are Podcast 2018 — too many to count. But a great highlight of the event was sitting down with Dave Jackson — a veteran podcaster who’s led his School of Podcasting for almost fourteen years — and having a candid chat in between sessions about Dave’s journey through the industry and the psychology of entrepreneurship (which, funny enough, is the name of a new podcast I’m putting out. But more on that another time.)

I’ve taken out a few lessons from my chat with Dave, but I really recommend you go and listen to the episode. Dave’s been in the game for a while, but has more energy and wisdom to share than most young podcasters.

Zig Instead of Zag

Dave mentioned Adele — you know, the English singer who is one of the biggest artists on the planet? — as an example of someone who took the status quo and chucked it in the trash. While other artists focused on overzealous stage performances, cheesy face tattoos or hyper-sexualised music videos, Adele put her energy into one thing: being an incredible artist. While everyone else zigged towards sensationalist music, Adele zagged and honed her craft

Opra’s another one. During the 1980s in the US, nobody expected a young black woman to become a successful TV host. But she had something different to offer and knew she could stand out in a industry dominated by white men.

So what does that mean for you?

Lots of people like to spend time copying industry standards. They talk to successful entrepreneurs and ask them, ‘What do I need to do?’, as if their path to greatness could be copied and pasted like a simple formula.

It doesn’t work that way. Everyone’s path is different, and a lot of that comes down to understanding who you are as a human being — your goals, your fears, strengths and weaknesses — and running with that great idea that’s been lodged in your head for years.

Your best strength is being yourself. People love and crave authenticity, and will gravitate towards you if you stop trying to be someone you’re not.

Dave had a good quote he passed along on the show: “I want to be the old guard with a new mind.”

Even after being in the industry for 14 years, he still understands that he has a lot to learn. Walking into a room and demanding respect because you’ve been around the block is not the way to grow as a business owner, or as a human.

The people who have the most fruitful and productive lives are always those people that stay young. You know the difference between the ultra marathon runner who’s 70 and the burnout who’s 20? Succumbing to your stress and doubt are great ways to ensure you age early.

Listen to Should I Start A Podcast EP.124 here.
https://mustamplify.com/shouldistartapodcast124/