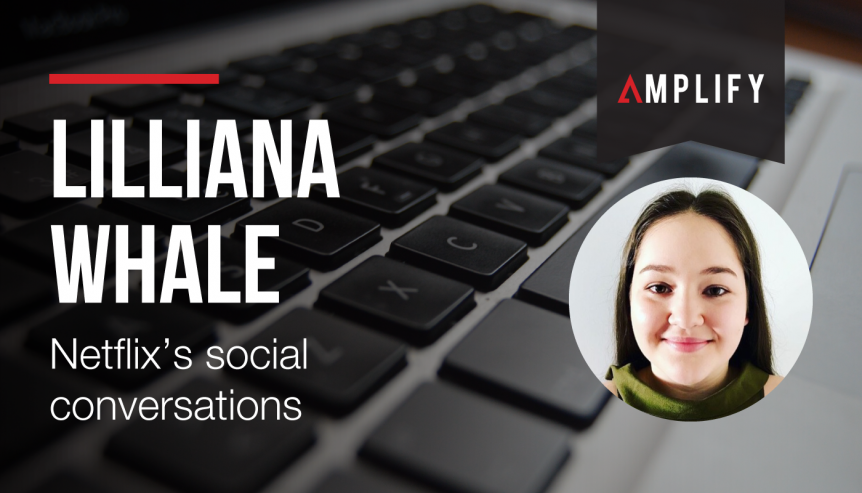 Here at Amplify, we are all about the power of conversations – the impact that they could have on your personal or business growth, or how they could affect your life in both a negative and a positive way. Increasingly, I have realised how the media we consume prompts and fuels conversations about topics usually discussed behind closed doors.

Warning: this article discusses suicide and eating disorders. If you or someone you know is struggling, please seek help. Call Lifeline on 13 11 14.

On the music scene, there’s one song in particular that is largely circling among my own personal group of friends, and that is 1800 273 8255 by Logic featuring Alessia Cara & Khalid.

This song is named after, and coordinated with, the National Suicide Prevention Line in the US. It is a shout-out to all of Logic’s loyal fans who have told him that his music has saved their lives.

Each stage of the song has an impact: first featuring lyrics from the struggling caller, then the response from the other end of the line, and then back to the caller who is determined to keep fighting. Logic’s song was also presented on the stage at the VMAs, alongside suicide attempt survivors. Compelling beat and tune aside, it is a truly impactful song and a powerful way to spread the message throughout the younger generation.

While working from home, I have consumed way too much Netflix. However, I did stumble across one Netflix original show, A-Typical, and a Netflix original movie, To the Bone. Now, I am not claiming to be an expert, and I don’t have any life experience with people in my circles who may have autism or an eating disorder. But as an observer of people and a watcher of these two shows, I have become slightly more aware and empathetic to not only the people with these diagnoses but also what their families and friends endure. 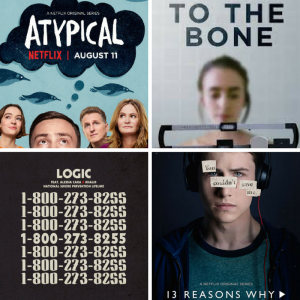 I wasn’t going to bring this one into the mix given the colossal stir it’s made in the media since its release. However, I feel like it should have some recognition given that it has been very spoken about. 13 Reasons Why is another Netflix original series which follows teenage student, Hannah Baker, as well as the circle of people in her life who in one way or another have ‘contributed’ to her suicide. In lieu of her death, she left tapes for each person explaining how their actions had affected her in the hope that they wouldn’t do this to anyone else.

I don’t personally agree with her methods or the overall premise of the show. However, I do think that at least one of the characters and their actions can resonate with someone watching and could perhaps make someone think twice before doing it to somebody else.

Whether you agree or disagree, I believe that they do have aspects of social value and am glad that the media we consume is sharing more content based around conversations that society may view as taboo.

If you or anyone you know needs help: