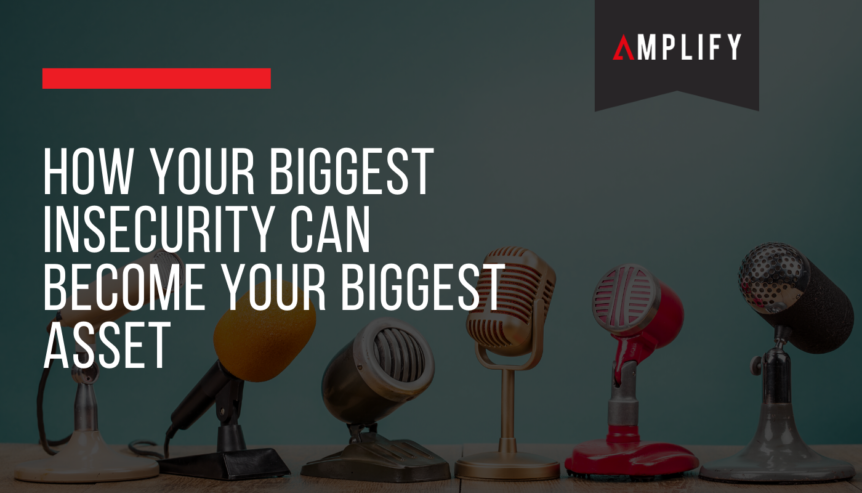 When Ronsley Vaz moved to Australia, he was very aware that his voice sounded incredibly different than everyone else’s. Sure, English was his first language, but 20 years of living in India gave him a distinct accent that was vastly different than the Australian drawl he heard all around him.

On a recent episode of Should I Start a Podcast, we get to hear an interview from a couple of years ago on Harvee Pene’s podcast Inspiring Business for Good. Ronsley explores his early experiences in Australia and why his unique perspective, and distinctive voice, gave him an edge.

“When I arrived in Australia, one of the things I was most aware of was my voice. I had a different accent than everyone else. Even though English is my first language,” Ronsely said, laughing. “To know right now that I make my whole living from my voice is just astounding to me.”

If you’ve listened to this podcast before, or know anything about Ronsley, you know that he created Amplify, the first audio marketing agency in the world. This award-winning agency empowers other entrepreneurs and creatives to start podcasts of their own, and gives them all the tools necessary to do so.

But Amplify wasn’t Ronsley’s first business venture. In 2003 he was forced to close his restaurant, with over $75,000 in debt. Harvee asked him “Why are you willing to share the downs?” Ronsley’s reply was simple. “That’s my voice.”

Failure is a Part of Success

To inspire others, you’ve got to be honest. Failures are a part of the journey. We know that sounds cliche. But people say it over and over again because it’s true. Every single failure on your entrepreneurial journey teaches you something you can take with you on your next venture. Sure, some of us get lucky on the first shot. But most of us don’t.

By sharing these failures with others on similar paths, we can inspire them to keep going. Or maybe to try a different approach. Whatever they get from your story is something they needed to hear. So say it.

No One Needs to be Lied to

Do you ever notice that most business stories sound too good to be true?  It might be because they are. “There’s no happy place where you sit on a beach somewhere and entrepreneur,” Ronsley says. It’s never going to roses and rainbows. It’s always going to be hard. And don’t listen to anyone who tells you otherwise.

It means it’s easy to half-ass it. But don’t. Put the work in. Do your research. Prepare for your interviews, get to know your guests. Make sure every episode you’re putting out into the ether is something you’re proud of. Because, especially if you’re using an interview format, you’re not only using your voice, you’re empowering others to use theirs, on your show. So there’s a big responsibility there. Don’t wander your way through it. Make sure every step has heart and soul behind it, so others can follow.

What Ronsley began to learn, as he put more and more of himself into podcasting and creating Amplify, was that the difference that he was so acutely aware of when he moved to Australia, was what made his message so viable.

Ok, maybe you don’t have an Indian accent in the heart of Australia, but the accent here is a metaphor. Well, it’s literal in Ronsley’s case, but a metaphor for the sake of this article.

To listen to the full conversation with Harvee and Ronsley, click here. 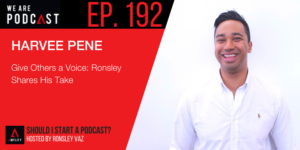