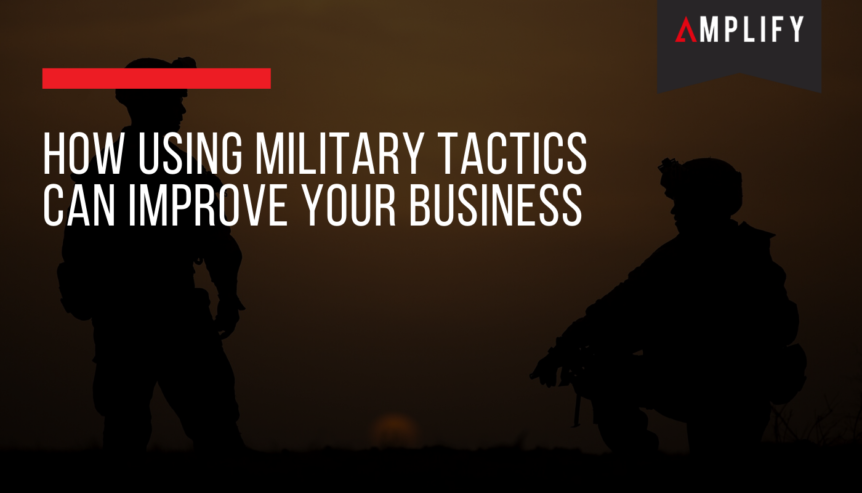 In 1907, the English soldier, Robert Baden-Powell uttered the words, ‘Be Prepared.’ For over a century, these two deliberately choreographed words would live on as the Boy Scout’s motto.

Baden-Powell wanted to instil the idea of always being ready, willing, and able to do what is necessary in any situation.

A similar thread runs through most military factions, where discipline, preparedness and planning are essential for the execution of almost every aspect of military life. So, how does this relate to business and entrepreneurship?

The worrying fact is, almost a quarter of new businesses fail before their first full year of implementation, and the number one reason is because of poor planning and a lack of problem-solving capabilities.

With this anxiety-inducing statistic hanging above our heads, it might be time to take a leaf out of the military handbook and learn some hard lessons to become better business leaders. 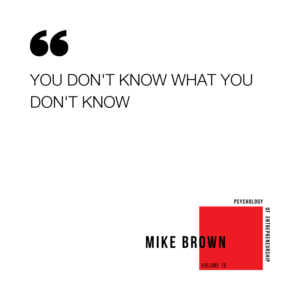 Practising the art of listening is certainly a game-changing skill for business leaders and entrepreneurs. While many of us are able to hear something, genuine listening is quickly becoming a rare skill.

Should you take the time to refine it you can build better relationships, solve more complex problems, understand ideas, resolve conflicts, and improve your accuracy within your work.

The bottom line is, you don’t know what you don’t know, and that’s why having a sense of military-like listening discipline can really help. Here’s what Mike Brown, a US Naval Academy graduate, F/A-18F Super Hornet pilot and successful entrepreneur had to say about learning to listen.

“I showed up at the squadron for two and a half years of flight school and after four years of the Naval Academy,” he explains.

“I really had this feeling like I have arrived. I showed up to the squadron and walked up to the first person I saw and said, “Hey, I'm Mike Brown. I'm checking in today,” and he just looked me right in the face and said, “Shut the fuck up, new guy.”

Outwardly, this scenario can seem harsh and intimidating, but there is a very logical reason for this kind of hostility.

“You're not allowed to talk in a fighter squadron for the first six months unless you're asking a question,” Mike says. “After three or four months, I started realizing, ‘Oh, I've got a lot to learn.’” He recognised that stepping back and entering with a beginners mind, gave him the space to learn from his peers and mentors.

Humility and observance is an understated trait in entrepreneurism. This important rule allows you to understand how things work, so listen instead of just hearing and definitely listen before you speak.

Managing a business requires a lot of decision making, and one wrong move could mean the end. This is why planning is vital if you want to navigate the sometimes chaotic and unpredictable world of entrepreneurship.

Take into consideration a military situation where you have to make genuine life or death decisions. If you take the wrong route, then the consequences can be catastrophic. This is why military personnel plan, plan and plan some more.

“To break down a typically high-level exercise flight in the Navy, we might plan for eight to ten hours, a brief for two hours, fly for an hour and a half, and then come back and debrief for four hours,” says Mike.

“So the amount of time that you're putting in on the ground and in preparation and then analysis vastly dwarfs the time you actually spend in the air executing the mission.”

In the air, when you’re flying at hundreds of miles an hour you don’t have time to think. Your actions should be a reflex and so deeply ingrained within you that you counteract your opponent's move in the blink of an eye.

When you invest in this kind of blanket planning for various potential outcomes, you can arm yourself with not only a strategy to navigate it, but also build your confidence and resilience should the event arise.  As Mike points out, “You'll always know what to do.”

Put in the Reps

There’s a reason a performer rehearses a play for months before the curtain goes up on opening night. If they don’t know the lines or step on the wrong mark then the show can go downhill pretty quickly.

Your brain often needs repetition and time to process new things, so before releasing a new process, or campaign, you may want to have a dress rehearsal or two.

“What I found is that if you rehearse four or five times, where on the fifth time, it starts to get really painful,” says Mike. “By the time you're delivering that brief, the execution is just at such a high level that that extra work shows because you've gotten the reps in.”

and when you come to executing anything within your business it will become seamless and second nature. Just like the planning stages, when it becomes muscle memory, should issues arise you have a bigger and more knowledgeable capacity to deal with those situations. 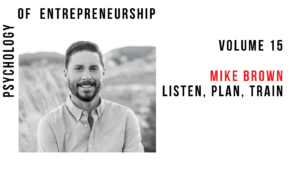 For more insight into military-style business tactics, check out volume 15 of the Psychology of Entrepreneurship podcast hosted by Ronsley Vaz and with special guest Mike Brown.