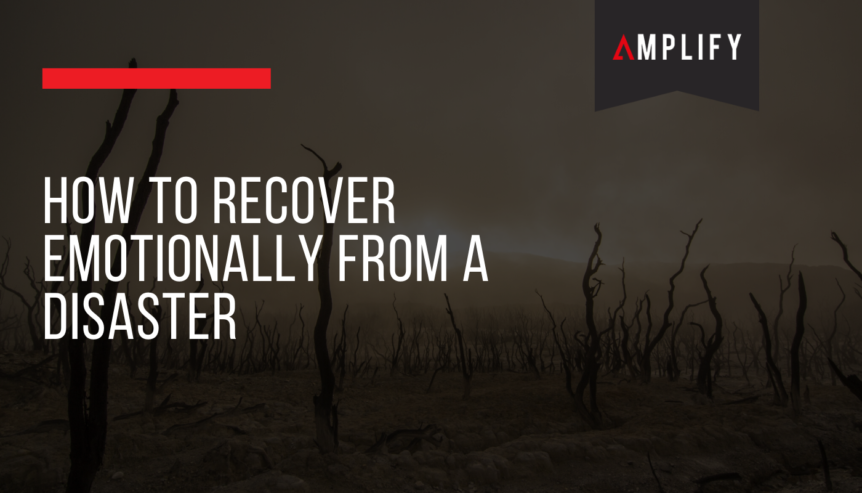 Grief is often associated with the death of a loved one, but following a significant disaster where an individual experiences a great loss of some kind, it is a natural and necessary part of the healing process.

Disasters such as hurricanes, earthquakes, accidents or wildfires are often immediate and sudden.

When faced with such an event, the emotional toll can become too overwhelming, that’s why many people find themselves trying to regain some kind of normality by addressing the practical day-to-day aspects and suppress the emotional turmoil they may be feeling.

Emotional Symptoms After a Disaster

The common feelings people experience after a disaster are those of shock, disorientation and an inability to process distressing information. As these feelings subside, people’s thoughts and behaviours start to converge in a variety of emotional expressive ways.

Finding Ways to Cope With Grief 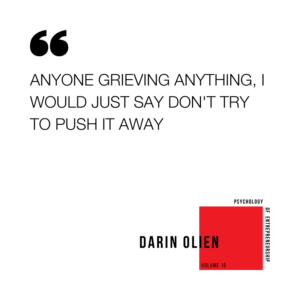 When tragedy strikes, the aftermath can affect every aspect of our lives including relationships, our daily routines and even our ability to function at work effectively.

With research showing that after a disaster, most people gain emotional resilience over time, the lingering effects of a great loss can turn towards deep grief.

This process needs to be experienced in whatever natural form that takes.

One man who learned that grief was, in fact, a natural part of the healing process, was Darin Olien.

Darin is the founder and visionary behind SuperLife and is a globally renowned exotic superfoods hunter, supplement formulator, and environmental activist.

During an exploratory expedition in the Amazon, Darin received word that a devastating wildfire had ravaged multiple homes within Malibu, and he was amongst the ashes. He lost everything and the harsh reality set it, there was nothing to come home to.

While many would wallow in their grief, Darin eventually embraced his new reality, which led to a newly kindled clarity and perspective.

To see the reality and aftermath of a disaster can be confronting but is necessary. Psychologically, while it is emotionally testing, it can bring to the forefront a tangible conclusion, allowing you to understand that events are now out of your control and the grieving process needs to begin.

“There wasn't a bug. There wasn't a bird. It was fucking smoke and black-and-white soot. Everything. Everything,” Darin explained. “Seeing it is a visceral part of grieving, that really seeing that, oh, nothing survived, not even that barn or that bridge.”

When you begin to acknowledge and recognise that a disaster has taken place, the next step is to allow your pain and emotions to manifest in whatever way they need to appear.

Find New Opportunity Within Your Grief

As strange as it sounds, there is a lot of personal opportunities that can come with grief and drastic change. It can give you the space to re-evaluate your motives, values and core beliefs.

In your grief, allow yourself the chance to open up and channel your negative energy towards more creative work. Pursuing creative outlets has been proven to help those suffering from loss or trauma, navigate and understand their emotions.

“It's weird to have excitement along with loss,” says Darin, “the result of this is my life had changed.” While those around him were also grieving, his acceptance of his new circumstances had given way to new ideas.

It has only exponentially gotten stronger, so I would never want that to be taken away,” he explained, “I'd burn my house down again to be able to feel how immensely connected I am to myself and to what I'm committed to doing this probably for the rest of my life.”

Go Through The Emotions

There is no avoiding fear, pain, anger and grief in this life. It’s just a part of our story and helps to form who we are as individuals.

In the times of heightened negative emotions and grief, there can often seem to be no light on the horizon, no morning after that will bring you joy, happiness or laughter – but you should trust in the fact that it will pass and that whatever emotions you are feeling, must be felt.

“Anyone grieving anything, I would just say don't try to push it away. Just face it straight on.” Avoidance or bypassing these feelings just gives you permission to carry on as normal, and often you retain your pain, anger and resentment which can emerge later in an unhealthy and damaging way. 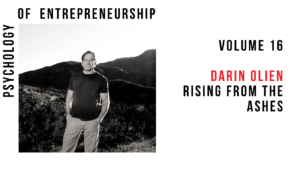 For more insight into navigating grief after a disaster, check out volume 16 of the Psychology of Entrepreneurship podcast hosted by Ronsley Vaz and with special guest Darin Olien.