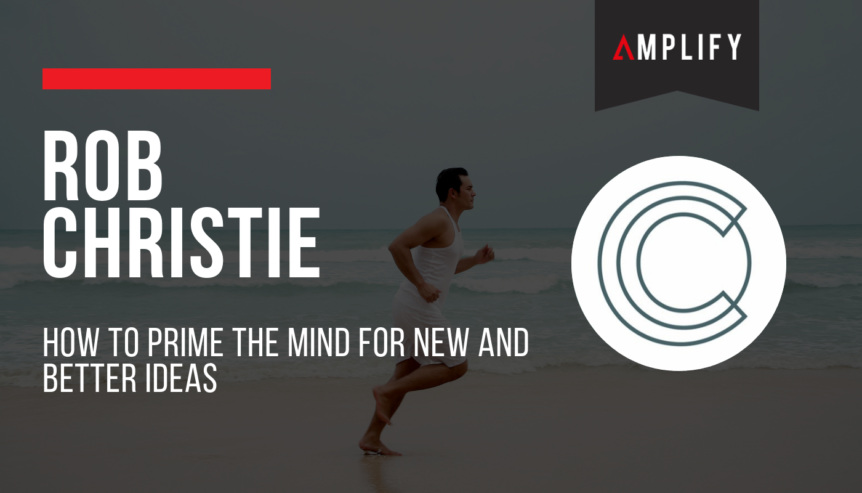 In a world where the old business and work models just aren’t cutting it anymore, creativity is the new currency.

So how do you keep the synapses firing and the ideas flowing?

I recently had the pleasure of chatting with Rob Christie on the Bond Appetit podcast. Rob is founder of the shared office and co-working space company Christie Spaces, among a bunch of other successful ventures. But to classify Rob as a real estate entrepreneur would be selling him short. In fact, he’s a bit of a polymath. He’s a true thinker on a wide variety of subjects, not the least of which is how we develop and nurture ideas.

Rob: “One of the things I do think is happening in society is the speed of change is accelerating. So the person who doesn’t do that will, more and more, be at a big disadvantage.”

“It didn’t matter so much in the past. If you go back hundreds of years ago, and you’re a farmer, basically you did exactly the same as your father did, or his father before him, and his father before him. That doesn’t cut it now. There’s no product now that you can say I’m going to do exactly as I did 50 years ago and think you’re going to get a good result. That doesn’t exist. It can’t exist in any field. But it did exist. There was very little change,” Rob explains.

“Now that change, which is brought about by technology or a whole range of different reasons, has accelerated, and I don’t see that rate of acceleration slowing. If anything, I see it speeding up,” he says.

Given that ideas are essential for success in the modern world of work, how do we get more and better ideas?

“The more experiences you’ve got, the more people you ask, the greater the possibility that you’re going to have success, whatever that means,” Rob says. “The less experiences you have, and the more closed your mind is, the less chance you’ve got of success. It doesn’t automatically follow, but you’ve got at least a chance of that happening. The less contact, the less open you are to new ideas, the more you’re going to be left behind.”

“That’s important to, because we are social beings, and particularly if you’re a smaller company, do you want to operate in isolation. No. If you are in one of our spaces is there, I’m not saying this will automatically happen, but have you got the possibility of, or an increased possibility of, meeting someone that is interesting, or learning something, or getting a client that you wouldn’t have got, or just seeing the world differently, as in the ability to see more clearly what’s happening because you’re getting more information, you’re getting more neuro-connections, if you like,” Rob says.

“The more neuro-connections you’ve got, the greater the ability you’ve got to understand things.”

How’s that for some bright ideas on ideas.

You can hear the entire conversation with Rob Christie here.
https://mustamplify.com/bondappetit260/