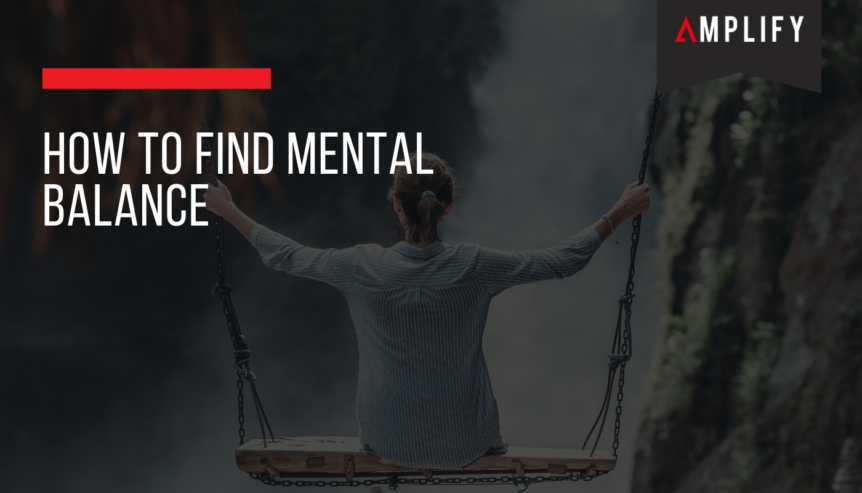 Entrepreneurism can get rough. It’s not a consistent trip of joyful abundance and fields of daisies. That’s why so many creators face mental blockades that often prevent them from hitting their stride and reaching their ultimate potential.

On a recent volume of The Psychology of Entrepreneurship, I had the opportunity to sit down with an entrepreneurial legend, David Cohen. David is a startup genius, Co-Founder, Managing Partner, and a Board Member at Techstars, the worldwide network and Startup Accelerator Program that helps guide entrepreneurs towards the right directions to reach their full potential.

Although he has a portfolio of over 2,000 startups and investments with a collective monetary value of just over $100 billion in revenue, he still has his internal struggles and moments of self-doubt. 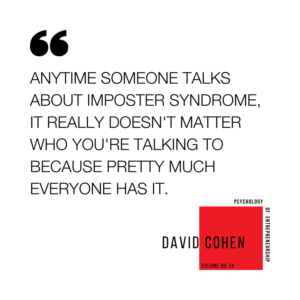 The actual meaning of having imposter syndrome is that there’s a feeling that you don’t deserve your successes or you’re, well, a bit of a fraud. Although other people value your expertise, you tune into the voice in your head that asks, “Am I really qualified for this?”

Like so many of us, David has felt its sting and considers it as an ever-present entity that he can’t quite shake off.

When you’re in charge of moving HUGE sums of money back and forth, you’re guaranteed to feel some kind of weight on your shoulders. But, when you don’t feel you’re to be trusted with such a responsibility, even though you’re perfectly capable, you can run into a whole heap of mental turmoil.

Say David is working alongside an investor looking to hand over $1 billion into a project, he will inevitably begin to experience pangs of, “Am I really any better at this than someone that you would pick off the street?”

“Anytime someone talks about imposter syndrome, it really doesn't matter who you're talking to, because pretty much everyone has it. It's whether or not they admit it,” David explains, “I think it's ever-present especially for CEOs, but investors, founders. A founder who raises a half a million-dollar seed round is wondering ‘Those people must be crazy. Why did they give me that money?’ ”

Remember, you are not alone in your struggles. Millions of others are facing similar trials as you, it’s just how you process and move on that counts. For David, it is a daily mental battle, but to begin combating the sensations of inadequacy he channels it towards thankfulness and gratefulness.

Hitting Back At The Brick Wall

Ever felt like it’s all become too much? That the energy you have given to an endeavour just isn’t paying off? David is right there with you. “I remember in the first company that I started losing a prospect that we thought was going to change everything.”

As time went on the consistent energy they were spending on the project was fruitless, and the bank account figures were ticking away towards zero. “We were stressing about whether we could buy a printer or not for the office. I mean, it was that sort of situation. It was just frustration.”

David reached the edge and cracked, taking out his frustration out on a brick wall in a nearby stairwell, “and hurting my hand because I hit the wall. It's a metaphor, but I'm not a person that you would normally expect would literally hit a wall, or express frustration that way.”

David had hit a breaking point and threatened to just pack it all in, and move on. “I remember David Brown, one of my co-founders in that company coming into that stairwell, and saying, ‘Dude, it's okay.’ “

Just a few moments of reassurance and support was all it took to turn things around and break down that metaphorical brick wall, and David trusts in having solid support around you, no matter what.

“You don't have a support system for that, you're in trouble,” says David. You need a support network and people around you to bring you back, and vice versa, that is one of the shiniest keys to entrepreneurial success padlock.

As entrepreneurs, creators and inventors we are usually motivated by a particular goal. Should we slip off that path, the motivation can fade, so looking to your achievements could be the solution to persevering.

David’s career has been extraordinary, and he has helped create and define opportunities for others beyond anything he originally imagined.

“I would say when you talk about that ambulance dispatch company, which is now part of a much larger conglomerate,” he explains, “It's still going. It's probably 400 or 500 employees. So there's the employee thing like you feel like, oh, you're creating opportunity for people.”

Another example is taking a look at what he’s giving back, “The other thing I would say I would have some pride in is what I would call kind of meta impact of mentorship, encouraging a generation of entrepreneurs to give back to the next one.”

Stepping back and thinking about what you have achieved isn’t an ego trip, it’s a motivator to go further, create more, and become more valuable. “I, probably like most people, don't do that enough. I don't reflect on that enough,” says David, “I have plenty of things I've screwed up along the way, too, and could have done a lot better and had a lot more impact, but, hopefully, those are things that I can sit in the rocking chair and think about” 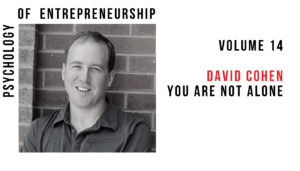 To listen to more of this incredible soul-searching conversation, check out Volume 14 of the Psychology of Entrepreneurship podcast hosted by Ronsley Vaz with special guest David Cohen.