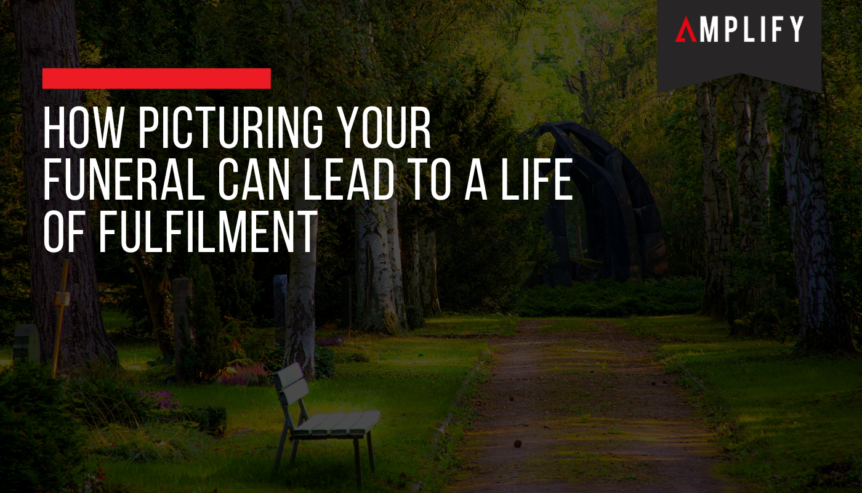 We’re often taught that death is a morbid subject and that focusing on the end of your life can inhibit you from living it. But what if I told you that the opposite is true? That picturing your funeral can actually help you live your life more fully, and ultimately more freely?

In a recent episode of Psychology of Entrepreneurship, I spoke with guest Kelsey Ramsden about some pretty deep subject matter. Kelsey’s fascination with what her funeral might someday be like led her to ask herself some tough questions, questions that took on a whole other dimension when she found herself facing the life or death reality of cancer.

When thinking of her funeral, her final party, she says “The people who love me most will see in that room a reflection of my values and my contribution to the world, by virtue of who chooses to show up.”

Who Will be at Your Funeral?

What kind of people will be at your funeral? 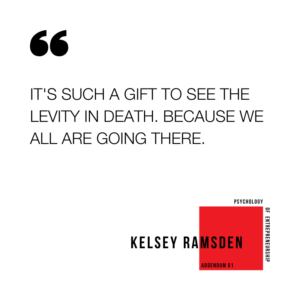 Will they be your old friends from high school? Your neighbours? Or random people you’ve encountered at your life that feel an obligation to show up? The people we surround ourselves can either hold us back or act as a sturdy platform for us to rise upon. Now I’m not telling you to take stock of your friends and see who makes the cut.

Do the Things you Want People to Write Speeches About

When we lose someone we love, we’re often flooded with all the best memories of that person. The stories that defined who they were, what they cared about, and what they did to earn that coveted spot in our memories forever.

As Kelsey says, “The best people in the world don’t get behind mediocre ideas”.

Thinking of our impending death can help give credence behind those ideas that maybe we’re a bit scared to act upon. I don’t know about you, but I want the speeches about me to be about how I inspired others to chase their dreams because I chased mine. Whether I caught them or not.

Know who you are so Others can too

One of the most poignant things Kelsey said in our conversation, although there were many, was “Cancer gave me the opportunity to decide that I would die with my children knowing who I was”. Think about that. You can decide whether or not you want people to know you. How do you do that? You play with those ideas you have rattling around in your head. You bring them to life. Do the things that will define you. Have the big moments that the people that love you most will one day memorialize.

So don’t be afraid to picture your funeral. It will be a celebration of the life you lived, as told by the people that loved you most. Make sure you give them something good to talk about. 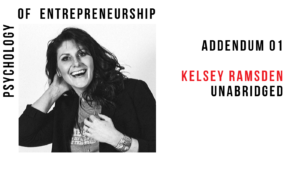 To listen to more of this incredible soul-searching conversation, check out Addendum 01 of the Psychology of Entrepreneurship podcast hosted by Ronsley Vaz with special guest Kelsey Ramsden.