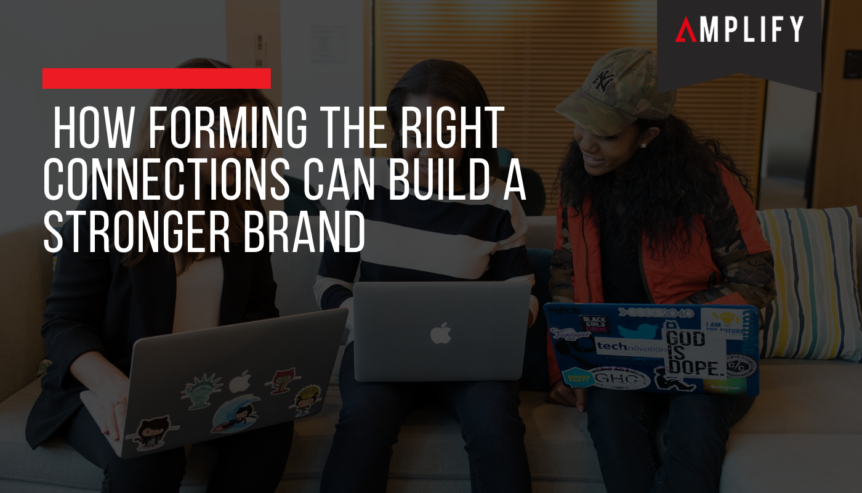 Entrepreneurs need connections. They’re what help a business grow from the ground up. But what if in this modern age of changing social platforms and networking possibilities, we’re getting it a bit wrong?

For a recent Addendum episode of The Psychology of Entrepreneurship Podcast, I sat down with David Burkus, the famed author and keynote speaker who has curated multiple books surrounding concepts that tackle networking and leadership.

David understands the science behind human behaviour and so was the perfect sounding board for what we implemented if we want to make quality connections that can help frame our businesses.

Become Social by Having Real Interactions 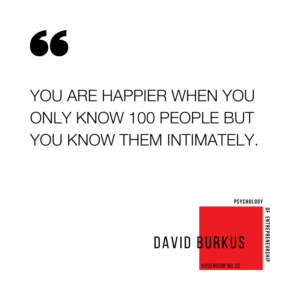 I’ve met some incredible people in my entrepreneurial journey. But all too often I get into trouble, largely because I forget to take selfies – the modern-day equivalent to grabbing an autograph. While so many people are comfortable snapping a picture with someone right off the cuff, when I think about it, it just isn’t part of my nature. I haven’t trained myself mentally to take that step.

But say I do take one, what am I supposed to do with it? David reassures me that actually, it’s okay that I don’t. “What you’re doing in that moment that’s way more important than taking the selfie, you’re being in that moment. You’re focused on having a conversation with that person.”

That’s the biggest thing when it comes to being ‘social’ this form of behaviour is not a replacement for the relationships we’re building. Say you take the picture, post it on Facebook and a year later it pops back up. You reminisce about that spot in time but then what? It doesn’t count as a real interaction, trust me.

Be in the moment, because that extra morsel of time spent with them may bring about a piece of that person you never would have known otherwise.

“You deepen that relationship way more than proof of having the photo,” says David. So, put your phone back in your pocket and connect.

Networking is almost becoming a dirty work in the entrepreneurial realms. David has come to the conclusion that it, “got sullied by sales reps and job hunters,” and that you can feel the desperation from both parties as they try to bag as many contacts as physically possible during meet-up events.

It’s officially become a numbers game, that if you meet a certain number of people then a percentage of them will be able to aid you in some way, and this will lead to you leveraging that. Essentially you’re point scorning.

“The thing that I try and get people to realise is that networking is not about meeting strangers,” explains David.  He wanted to come at the issue from the point of view of using the science of human social networks and how we as a species connect with one another.

“You don’t have a network,” David says, “you exist inside of one. There’s one large on 7.4 billion people strong and counting. Then, there are these smaller branches of it that are your community that you’re in.”

Make your current network work for you. Take the stand and decide that your goal is to figure out how to navigate your existing connections and nurture them. Make the community bigger and stronger with new connections that you create organically too. This method is far more beneficial for all parties.

So don’t fill up your phone with contacts and spam them at random intervals either, use the network you have to go deeper into your connections and build up from there.

Where profit is concerned, many businesses and brands are optimising conversion rather than the people themselves, all in a bid to make a quick buck. But what if you focused on creating a fan base and community instead?

David makes the point that “What I don’t want is somebody to type in their Visa information one time and send me $200 so that I can make my Lambo payment,” he says. What he really wants is for someone to get his book, read it, go to a talk, go back, buy the whole back catalogue of books then start a conversation about the concepts. The others who are familiar with his work can then chime in to stoke up the fire of a bigger conversation, “That’s my version of scaling.”

When you focus on nurturing and interacting with your potential and current community, the sales become a natural part of the outcomes. Now more than ever, businesses with strong communities seem to have the winning formula.  “You start talking about cost per conversion, and churn rates and that sort of thing, you’re not thinking about building a community,” and community matters. 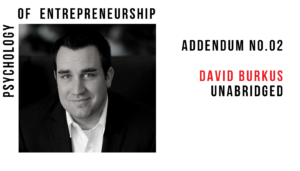 To listen to more of this insightful connection building conversation, check out Addendum 02 of the Psychology of Entrepreneurship podcast hosted by Ronsley Vaz with special guest David Burkus.