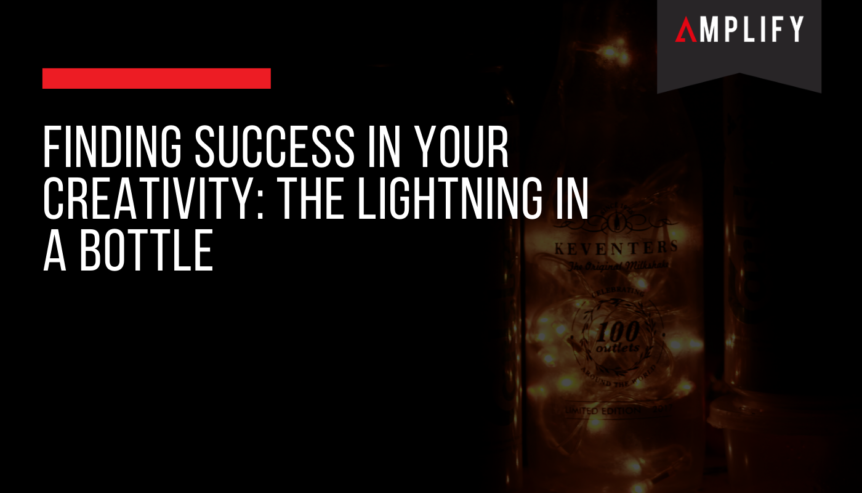 Where does your creativity come from?

There are plenty of psychological studies that say that entrepreneurs and innovators are more likely to have distinctive creative skills. This hits the nail on the head for business owners, but we need to add some space in there for performing artists,too.

Creativity is something that should always be explored, but for that spark of creativity to occur, we have to be exposed to new and unusual experiences.

To get creative you had better get a malleable mindset – one that is open to exploration and discovery.

George Sheppard knows why this is important. He’s the singer of Sheppard, an Australian indie-pop band that rose to fame after their 2014 hit, “Geronimo” took the world by storm.

His unique experiences with fame and creative success have allowed him to tap into just how vital openness and curiosity is for artistic and even commercial success.

Creative success and openness are just like the perfect happy couple. Exploring the unknown doesn't have to be fear-inducing. Grabbing opportunities and diving into a world of “YES!” often leads to some life's more surprising opportunities.

Okay, so I'm sure you're thinking of the typical office pushover ‘yes man.' That guy who always walks meekly behind their superior and agrees with every word they say. When it comes to creativity, you need to get that picture out of your mind.

“I'm always that guy who just says “yes,” whether it's to my detriment or not,” explains George. “I'm of the opinion that being a ‘Yes Man' is a beneficial thing in the sense that you find experiences and meet people and have these crazy connections happen that have implications later on in your life.”

Life is made up of a complex web of variables. With this in mind, you have to accept that there is often no such thing as “perfect timing.” Saying “Yes” can create a space to try, fail, learn, and even innovate.

Grabbing opportunities can get you crossing paths with many people you never would’ve met otherwise. It can also help you discover important lessons about yourself, and steer you towards a much more interesting and fulfilling life.

Catching Your Lightning In a Bottle 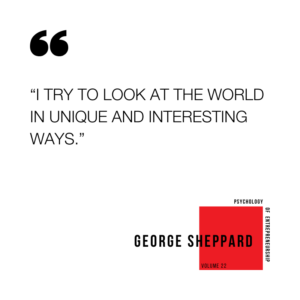 The phrase “catching lightning in a bottle” means to capture something powerful and almost impossible. Then contain it and show it to the world.

George and his band Sheppard had their lightning in a bottle moment, with their biggest hit single, “Geronimo.” This monstrous, global success paved the way to their other creative opportunities. But always in the background, they were systematically trying to recreate that career-defining high.

“We spent a lot of time after Geronimo trying to figure out what the hell we did to get this independent Australian song, double platinum in America, Gold or Platinum 30 other countries around the world,” says George.

“The reason it took us another four years to release album number two is because we spent the first year just trying to write another Geronimo, and it took us a little while to realize that's not how you do it.”

Trying to recreate something using a copy/paste method does a disservice to your artistic and creative integrity.

Creatively, you have to let everything else go. Explore, experiment and discover what's exciting for you – you never know, you may fill another bottle.

The Imposter in Performance

Often, we assume that extensive training and skills are crucial in getting success as a creative. But is that really true?

No one is immune to imposter syndrome. It's that deep feeling that you're not good enough – almost as if you're not worthy of your success. We hear about it all the time in entrepreneurial circles. Still, this state of mind is even doing the rounds amongst some of the world's top superstar musicians.

George was a late bloomer when it came to music, “For me, I came from the acting side of it. I hadn't grown up wanting to be a musician,” he says.

In his early 20's he took the music business on professionally, but this late-to-the-party-feeling wasn't going to go away so easily.

“Everybody else around me knew way more than me because they had spent their whole lives getting prepared for it. I felt, and I still feel like I'm on the back foot with it all, and I'm trying to quickly catch up and learn as much as I can.”

“I've got that imposter theory going on, ‘Oh I don't deserve this.' I didn't want this from the start, and I only got into this at 22, so why am I now the guy who got to experience all this amazing success with this song we wrote?”

We can all feel like we're in the wrong room from time to time. Rather than dwell on what others can do better than us, just perform to your standards, not someone else's.

Those who practice openness generally tend to be imaginative, curious, perceptive, creative, artistic, thoughtful and particularly intellectual. As a creative, taking on openness to pave the way towards success, we need to be exposed to novel and unusual experiences. 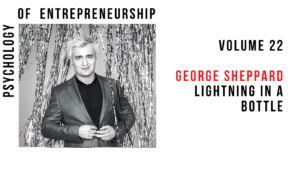 For more insight into exploring your creativity check out volume 22 of the Psychology of Entrepreneurship podcast hosted by Ronsley Vaz and with special guest George Sheppard.