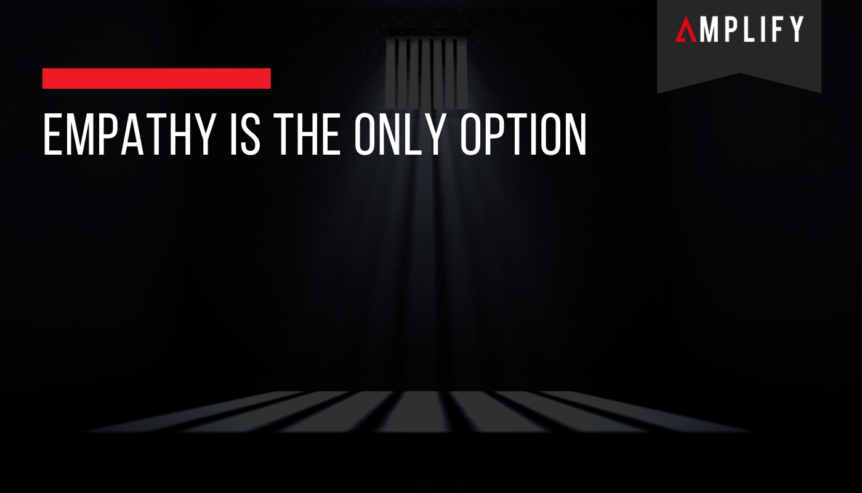 The concept of shifting your perspective is not a new one. We all try to do that often. Whether it’s to deal with a setback, make the best of our current situation or whatever the reason may be. Sometimes shifting our perspective is the only way to deal with life in a healthy way. But it can be a tough thing to do without empathy.

On a recent volume of Psychology of Entrepreneurship, I had the extraordinary opportunity to speak with death row inmate Michael Jerome Braxton, or Alim as he prefers to be called. Alim received the death penalty after being convicted of unthinkable crimes, the last of which was stabbing a fellow inmate to death. The only reason I’m candidly explaining this is that he was open enough to explain to me in our phone conversation. However, just as in the last volume, where I interviewed a death row inmate, I will be approaching this from the perspective of the man he is today.

Alim’s last 27 years in prison have not been easy, to say the least. He spent ten of those years in solitary confinement, something I can’t even begin to fathom. Although Alim is now an author, a spiritual leader and a recording artist, he spent the first half of his prison years in a pit of self-hatred. Alim is bi-racial, his mother is white and his father was black. He spent his childhood in low-income housing with a father in prison and a single white mother living in a predominately black neighbourhood. “Race became a defining experience that defined how I felt about myself, how I felt about the world around me,” Alim explained. “And it defined my interactions with people. I developed a sense, a very very strong sense of self-hatred for who I was. “

This self-hatred made it hard for him to see the good in anyone else as well. How could you possibly have respect for other human beings when you hate yourself? This, and the hopelessness that is prison life, led to complete despair. Which, as Alim says, is almost innate with being incarcerated. “We learn to embrace despair and fight against hope.”

Why would anyone fight against hope? Well as Alim explained to me, hope becomes a burden. When you’re constantly hoping, and then subsequently let down, it becomes almost unbearable. So instead, you fight against it, you don’t even let it creep in. And then once despair is embraced, it’s almost impossible to climb out of the black hole you’ve created, for survival. 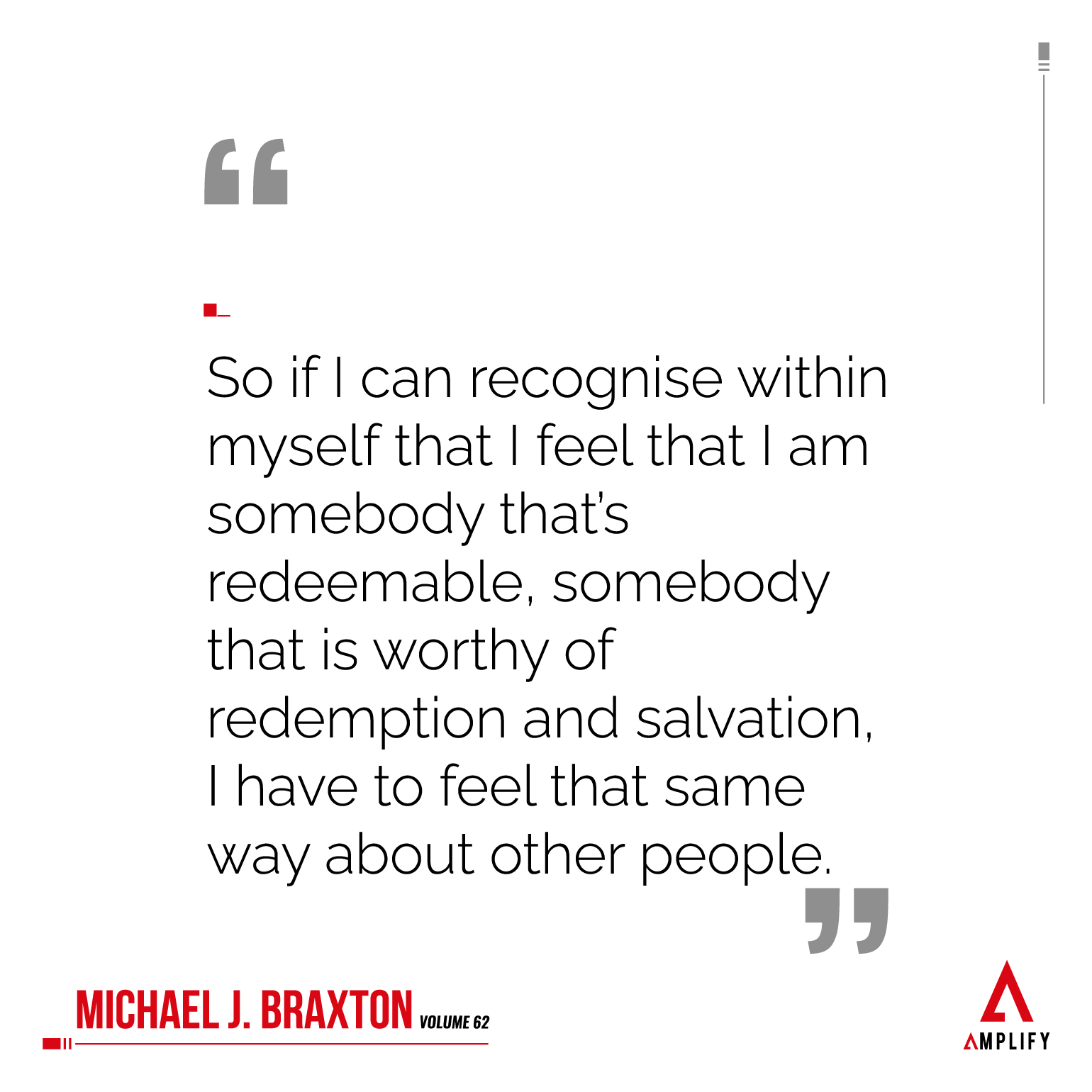 So how did Alim climb out of the black hole of his own making? Faith, he says. Upon converting to Islam, he took the name Alim and eventually became a spiritual leader and mentor to his fellow inmates. This process has led him to embrace empathy instead of despair.

“Regardless of anything that I’ve done, any of my experiences, I always felt that I was deserving of mercy, and I was deserving of compassion,” he explains. ”And if people just understood me, or understood the motives or the experiences that shaped me. If they walked a mile in my shoes maybe they’d be able to appreciate and not judge me in a harsh manner. And I feel that every single person feels that same way about themselves.”

He continued, “So if I can recognize within myself that I feel that I am somebody that’s redeemable, somebody that is worthy of redemption and salvation, I have to feel that same way about other people.”

My goodness. I have to tell you, Alim blew me away with the compassion dripping from his words. They didn’t feel fake, I didn’t feel like I was being manipulated or swindled. They felt real, and they were real. This man, who has committed atrocities most of us can’t even imagine, not only feels remorse, he wants to help others find empathy of their own. Now again, I am not making a statement on his crimes or the horrible pain his victims family felt or are still experiencing. But I have to give credit where credit is due.

Empathy Gives You Power Over Your Consequences

Ok, so you might be thinking “So what, Ronsley?” Well, I think those of us on the outside can apply this concept to our own lives, in a very powerful way. Here is the most poignant thing Alim said in our entire conversation.

“As long I consciously think and believe and try to act in a way that is good, is positive, is out of compassion or love or mercy or empathy for other people, I still feel that I am in control of the consequences that may happen to me.”

This man is in prison, on death row, and he sincerely believes, he knows, he is in control of the consequences of his life. Just think of how your own life could improve with this shift of perspective. How on earth could we do this for ourselves? Empathy is the only option.

To hear more of this powerful conversation, listen to Volume 62 of Psychology of Entrepreneurship. Out now.