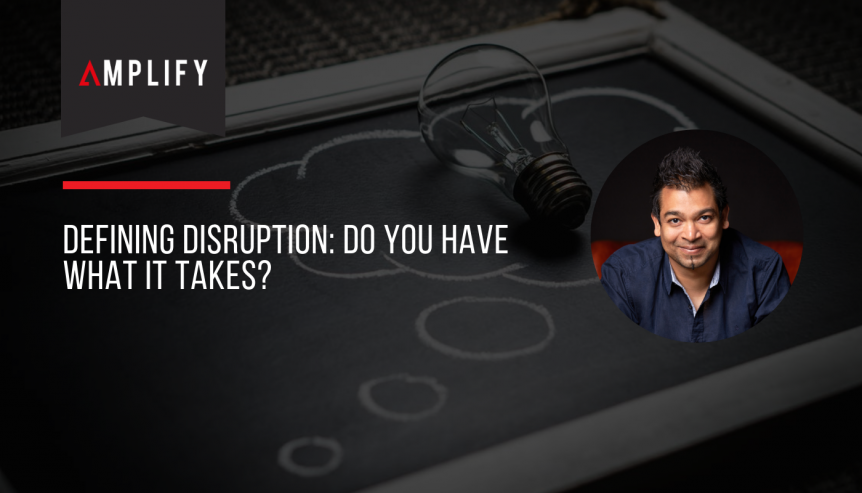 As far as buzzwords go, ‘disruption’ has been a favourite for a while now. Previously thought of as an avenue best left to the mavericks, globally recognised companies are now starting to shift towards a more disruptive business model. But the word itself has been so overused, the definition has become muddied. So, if you’re still wondering what the hell disruption is and why it’s seemingly so beneficial, we’ve got your answer.

Essentially, a disruptive business model is one that rewrites the game rules. It can occur in any industry – telecommunications, media, finance, law, tech, hospitality and more. Each industry upholds and maintains a status quo. Insurgents from the outside – known affectionately as ‘disruptive innovators’ – will come along and challenge this status quo with something new. Be it a different approach to customer service, implementation of new technology or changes to the current system and process.

Whatever that challenge may be, it acts to turn the existing business model upside-down, reframing it to create better value in some way, shape or form. It’s common to consider disruption to be a bad thing. Thinking it just means changing the normal in favour of an inferior, cheaper replacement. But just because something is done cheaper or faster does not mean it’s necessarily worse than its predecessor. It also doesn’t mean that everything done cheaper is disrupting.

Harvard Business School professor, Clayton Christensen, succinctly summarises the two main ways a business can be disrupted in his bestselling book, The Innovator’s Dilemma. New market disruption, which means a disruptive product or service that provides access to a market that it was previously unable to serve. Low-end disruption, where the product or service is changed in a way that makes it a simpler, cheaper and/or more convenient alternative.

Disruptors will look at something, recognise how it could be better, and introduce a way to make that so. While it might seem simple and easy to disrupt something, it actually takes a lot to do so to any effect. First, you need to recognise the problem. If there’s no glaringly obvious problems, try looking at it all from different angles. Sometimes it’s not a problem until you make it one. So if you notice that there’s something within the industry that could be done cheaper, faster, to equal or better effect then bingo – there’s your problem. Now you need to come up with a solution. Don’t over think things though. The solution doesn’t need a lot of bells and whistles, it just needs to address the problem and offer a solution to it in a way that hasn’t previously been done before.

If you’re keen on causing disruption, know that it can be done. Just don’t do it for the sake of doing it. Make sure you’re set on the problem you’re going to solve. How you’re going to solve it and who will benefit from it. Know your market. Why do you think disruption will give them better value? Put yourself in your customer's shoes to better gauge what works well, what doesn’t, and what would make them happier. Have a complete, detailed understanding of your industry before you attempt to flip it on its head. Because otherwise, it might be a case of ‘If it ain’t broke, don’t fix it.’