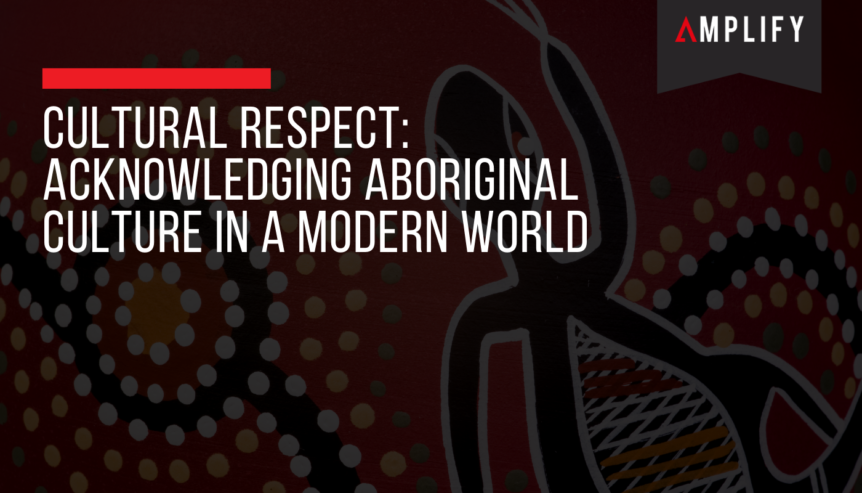 The Aboriginal people of Australia have a shared history of colonisation, exclusion, discrimination and oppression. For us to thrive as a society, we all have to acknowledge Australia's tainted past and how that still impacts the indigenous people today. And, above all, we must respect their rich and diverse culture.

On a recent episode of The Psychology of Entrepreneurship, I sat down with Mundanara Bayles. Mundanara is of Aboriginal descent. She belongs to the Wonnarua and Bunjalung people on her mother's side, and the Birri-Gubba and Gungalu people on her father's side. For over 18 years, she has worked with both Indigenous and non-Indigenous organisations. And in 2013, Mundanara co-founded  BlackCard, a 100% Aboriginal owned and operated business that provides cultural capability training and consultancy services.

She enables people and organisations to acknowledge, include and work effectively with the Aboriginal communities.

What is an Acknowledgement of Country?

Have you heard someone publicly acknowledging the identity of the Aboriginal and Torres Strait Islanders? This declaration is known as an “Acknowledgement of Country.”

It is a demonstration of respect dedicated to the Aboriginal people, sometimes referred to as traditional custodians of the land. This declaration can take place wherever there's an event, meeting, school function or conference.

Whether you are Indigenous or non-Indigenous, an ‘Acknowledgement of Country' can be said by anyone. If you've been listening to The Psychology of Entrepreneurship podcast, you've probably heard me declaring my own acknowledgment, for the people of the land I call home.

Why Cultural Acknowledgment is Important 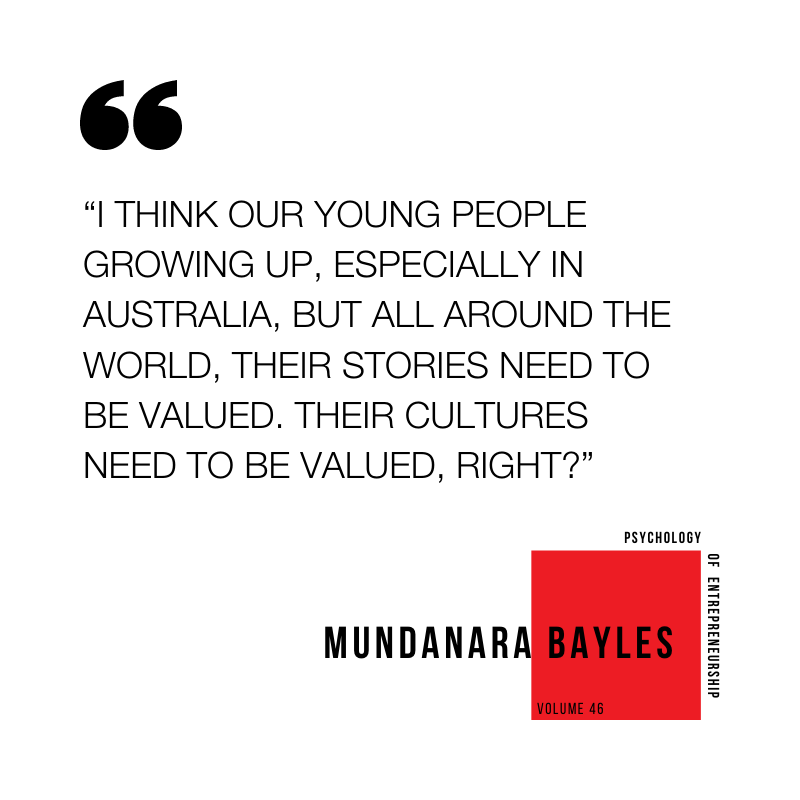 As my interview with Mundara began, she started the conversation with her “Acknowledgment of Country”.

“I'd like to acknowledge the Jagera people, south of the Maiwar River, also known as the Brisbane River, here in Brisbane, in Queensland. In this beautiful country, now known as Australia,” she pronounces with heart-warming sincerity. She then went on to acknowledge the elders, past and present. She takes her time, with respect and dignity. “The Acknowledgement of Country has got nothing to do with political correctness,” she chimes.

As Richard Wynne, Minister for Aboriginal Affairs, Victoria explains, “[Acknowledgement of Country] says to the world, and more importantly to ourselves, that we accept the fact we are in a place that has a history and story far beyond 220 years. It says to our Aboriginal and Torres Strait Islander fellow Australians that we are all in the future journey of our country together.”

And that's just it. It's about being seen and recognised.

“As a non-Aboriginal person, living in Australia, it's like an invitation for you to become part of the oldest living culture in world history,” says Mundanara. “That, to me, is a step in the right direction. I think when people start to take on some of those obligations to this country, to this land, that will ensure that our history stretches as far in front of us as it does behind us.”

For some of us, just the thought of trying to create perfect societal harmony can feel like a losing battle. For Mundanara, she knows how to bring cultures together. You just have to build strong relationships.

“Relationships are core to Aboriginal society and Aboriginal culture,” she begins.

Through our stories, that's how. 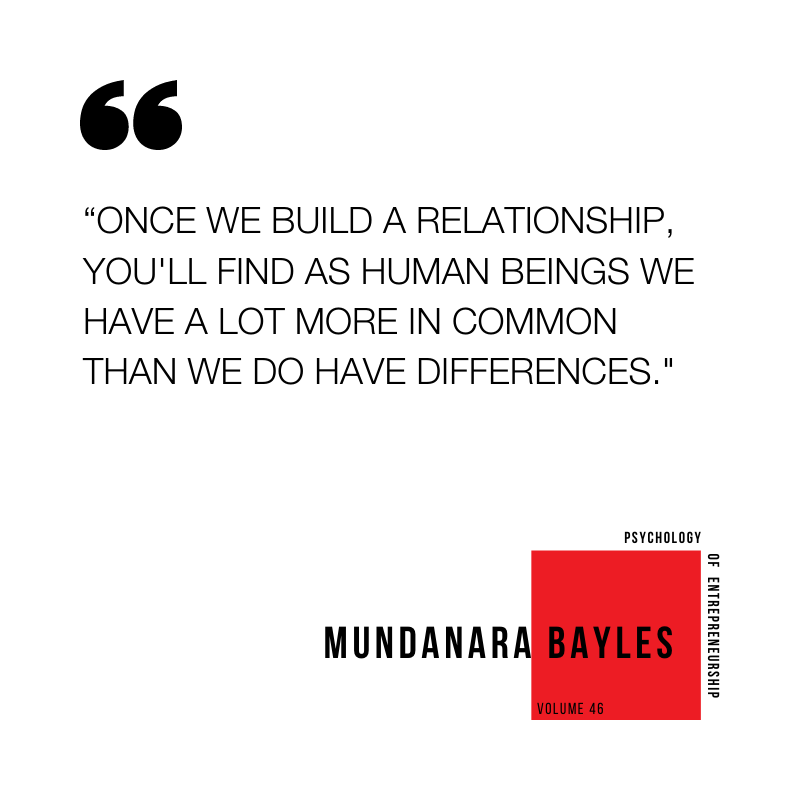 Mundanara recalls a meeting for an architectural project. “They wanted to make sure that this whole project had indigenous engagement from the get-go. Amazing.”

To start the meeting, she pronounced her Cultural Acknowledgment. After which, she said, “I'm now going to introduce myself in Aboriginal terms of reference.” Within moments she went into a cascade of dialogue. Explaining about her, her family, her heritage, cultural background, where her children are from, where they grew up. On and on, she brought her life to well, life.

She told her story.

Going around the room, she encouraged the other architects to follow suit. Before long, conversations were running wild. Colleagues who had been working together for years, suddenly found they had lots in common. “We've lost the value we place on relationships and the value we place on people. Because once we start talking about who we are, like I said, we start building this relationship.”

“This is how we can get to know each other. We can build trust. Awaken. We are more than our job titles,” Mundanara explains. “Once we build a relationship, you'll find as human beings we have a lot more in common than we do have differences.”

How can we fully respect the indigenous cultures within our society? It starts with acknowledgment. Don’t be afraid to address the issues in front of. Take the time to listen and learn. Then we can begin to build stronger relationships that benefit us all. 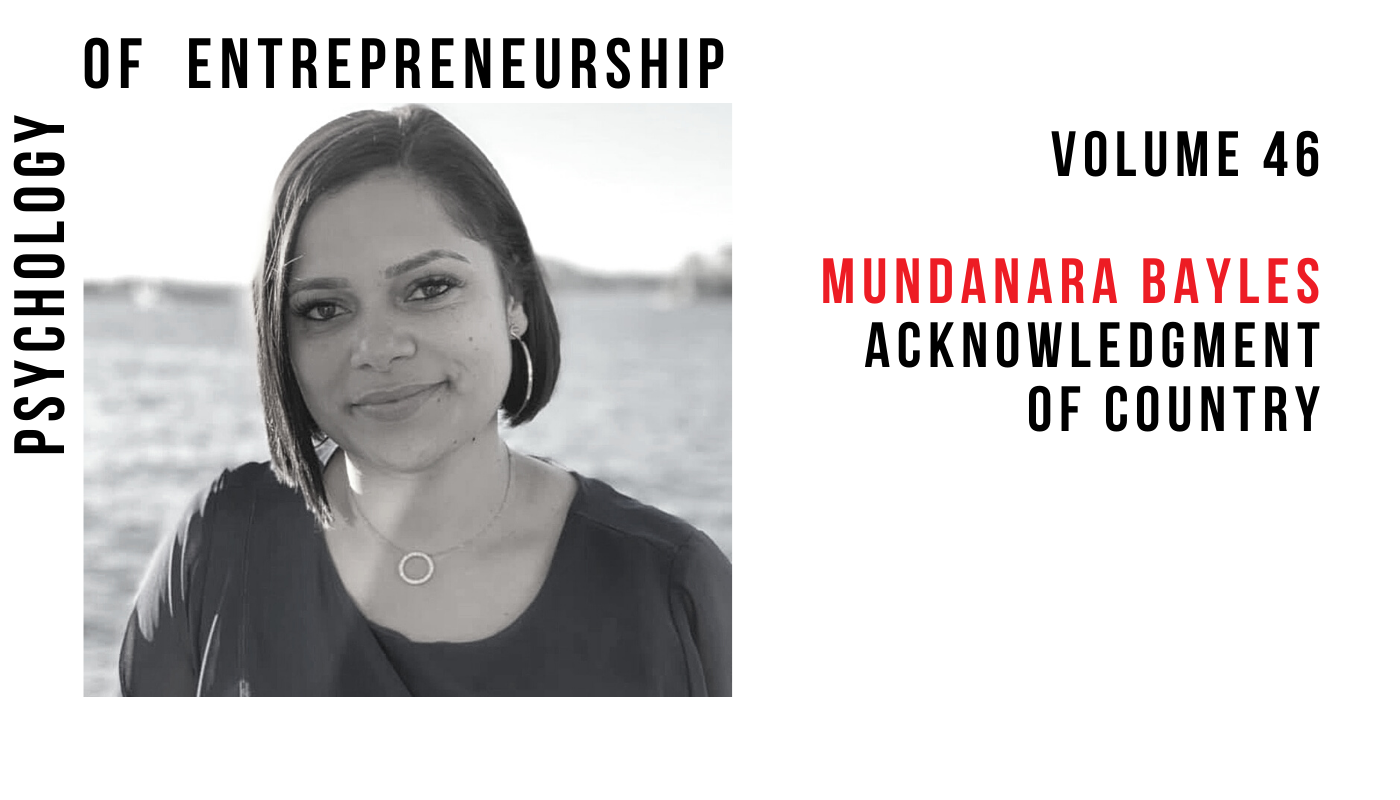 To hear more of this insightful conversation with Mundanara Bayles, listen to The Psychology of Entrepreneurship 46. Volume.Mundanara Bayles: Acknowledgment of Country. Out NOW!