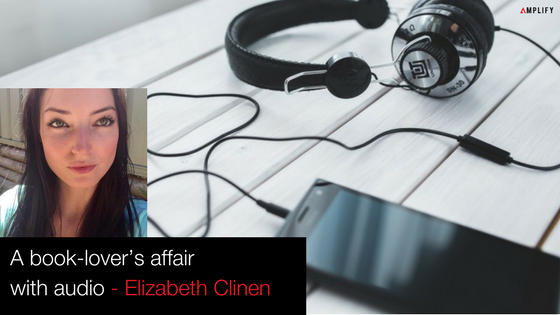 My first foray into audio content was my discovery of the audiobook. A friend of mine had divulged that she fell asleep every night listening to them, and I confess I was mildly thrown by the idea. The concept of listening to a book was foreign to me, almost inappropriate. I am a self-confessed lover of books and the written word – I’ve always been that creep in the bookstore who lurks about the aisles, gleefully sniffing all the pages. So, the idea of listening to my favourite books as opposed to drinking their words in by sight struck me as bizarre, even unfaithful behaviour, and I shunned the idea faster than you can say, ‘Liz, you’re such a snobby linguaphile’.

But then I became a mother. And I know other mothers will relate to me when I say that, with a 20-month old toddler who has to touch ALL the things, being able to sit down with a cup of tea and a paperback is literally impossible. Because a mother cannot sit down for 30-seconds without their child becoming aware that ‘Mummy no doing things! What wrong!’. And no matter how fixated they are on the latest episode of Hey Duggee or Peppa Pig (who has fast become my worst enemy), the second you sit down to relax, they know. And they will find you.

Oh, don’t get me wrong, I tried. For months I stubbornly refused to give up my books. Instead, I chose to try and ignore the sticky, jam-covered fingers poking the pages and ripping the jacket-covers off without one single care given to the beautifully embossed lettering or the gilded edges. I was as stalwart in my conviction to read as I always was, and no amount of innocent eye-gouging, hair-pulling, tears, tantrums or upturned tea cups could stop me. 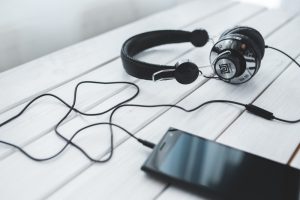 Then I began writing for Amplify, and listening to all these clever and inspiring people mentioning their favourite podcasts and audiobooks made me rethink my stance. Tentatively, I bought my first audiobook: the delightfully cynical Mark Manson’s The Subtle Art of Not Giving a F*ck, and started listening to it that night.

I love reading because I love learning, and I was wrongfully concerned I’d lack that same experience through audiobooks. But I realised I was taking in so much more through listening, even though I was doing a myriad of other things at once. As a mother, you never stop. There is always something to do, whether it’s trying to stop a stubborn toddler from hiding food in his nappy or chasing after that same toddler when he escapes from his cot by unscrewing some of the bolts (yes, really); and between the daily tantrums and lack of sleep, it’s so difficult to find the time to relax at all, let alone pick up a book.

But I’m a big advocate of self-care, especially for mothers, and audiobooks have been such a lifesaver for me. They’ve been right there with me through cold nights spent sitting on the floor outside my son’s room, trying to ‘shhh’ him back to sleep, they’ve kept me company during the hours and hours of breastfeeding (a remarkable act, but one that can get boring quite quickly), and they’ve cheered me up at the end of a hard day when I can just collapse on the lounge and listen.

If you haven’t already, have a go at listening to a book. I promise, whether you’re a mother, a father, or think babies are the devil (which is quite close to the truth sometimes), you will find something to love about audiobooks.

But, if I’m perfectly honest, you may still find me late at night, when the house is quiet, looking wistfully at my delicious bookshelves and running my fingers along the dusty spines, whispering, we’ll be together again one day…