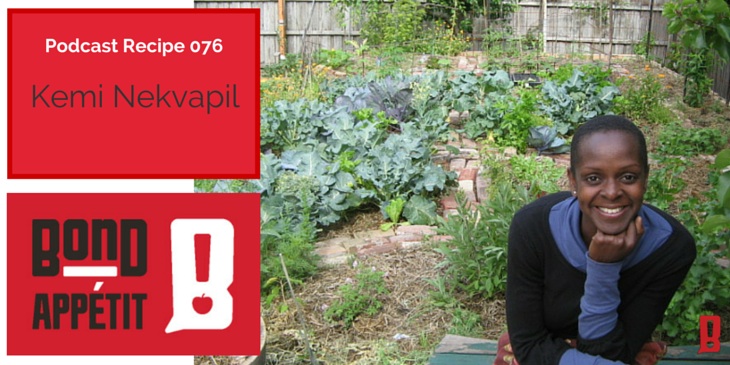 76. How going raw can increase our choices, make us more beautiful and help us sleep better with Kemi Nekvapil

Kemi Nekvapil is the world’s leading authority on Raw Beauty and has been in the wellbeing space for over 20 years. She is the author of the book Raw Beauty. Kemi’s Raw Kitchen was born when Kemi was driven to share raw food with others in a way that was simple, accessible and inspiring.

She has pioneered the Australian raw food movement and worked with some of the world’s most highly respected chefs, while making raw food mainstream and accessible to thousands of people through Kemi’s Raw Kitchen. Now known as ‘the Raw Beauty Queen’, Kemi’s Raw Kitchen led to the creation of Raw Beauty Queen where Kemi has found her ultimate passion and purpose, to empower self-love and self-worth in women.

She inspires women to add more self-nourishment to their lives by enhancing their eating habits and lifestyle decisions.

Kemi's had various food stories. Her first family had a home kitchen garden and they would pick fresh fruit and vegetables during the summer holidays, they would eat a home cooked dinner as a family, with no television. When she went to her second family, her dinner would be cold tinned potatoes and carrots and brain faggots; with the television on all the time. But, once a month her father would make something called Eve's Pudding and that would be a different experience to the other days.

Pecan porridge: oats, pecans, water, cinnamon and vanilla in the blender. Then, chop dates, add maple syrup and some nutmeg on top of the porridge.

I got a raw vegan diet

Oprah at her house and Kemi would cook for them

It would involve rice and bananas

Where to find Kemi