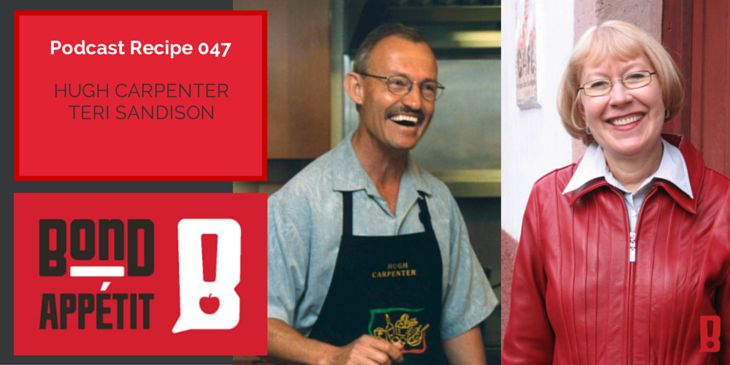 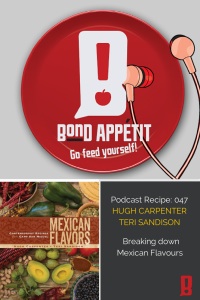 Hugh Carpenter is one of the most popular and entertaining cooking teachers in America. In 38 years of teaching, more than 100,000 students have attended his classes in cooking schools across North America.

Hugh is the author of 16 cookbooks (photographed by his wife, Teri Sandison). Pacific Flavors received the International Association of Cooking Professionals “Best Asian Cookbook” award in 1988. Chopstix was nominated “Most Beautiful Cookbook” of 1990. Fusion Food Cookbook (1994) was nominated for a James Beard award.

In this episode we speak about:

Teri's family loved food and would talk about the next meal soon after they finished the last one. Because of that, Teri has a really well developed palate. Teri does remember the fresh fruits growing up. Hugh remembers going out to a fine dining restaurant in Santa Barbara with his dad, mum and twin sister, and what each one of them ordered.

Create a compound butter with cilantro (Coriander) and put the butter under the shell of prawns before throwing them on the Barbecue.

Make a Raspberry Cabernet Sauvignon Sauce – 12oz bag of frozen berries, 1 cup of sugar, 1 bottle of inexpensive red wine and grind of black pepper. Boil it down until you have 3 cups remaining.

Hugh's last meal on the planet would begin and end with chocolate.  Teri's last meal would begin with the freshest oysters from the coldest waters. She would love to have a lot of seafood from Japan.

Where to find Hugh and Teri ‘s