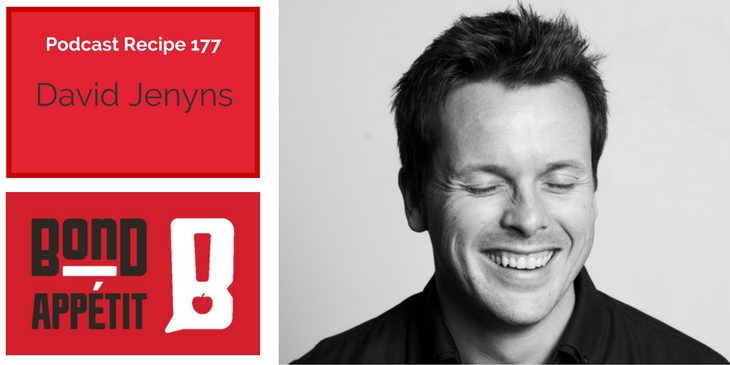 David Jenyns’ impressive journey begins as an author and coach to hundreds of day traders back in his early twenties. Having an analytical eye from stock market trading, he quickly learned to see – and snap up – business opportunities all around him. His business experience spans from one-off windfall projects, such as selling the Melbourne Cricket Ground (MCG), developing and franchising retail stores, building multi-million dollar portfolios of over 500 domains and websites, to turning his real-world promotional skills into successful online marketing systems.

Some years on, David’s focus is now on his renowned SEO and web video companies, Melbourne SEO Services and Melbourne Video Productions, who together help businesses grow through innovative online marketing systems. David is now also the founder of systemHUB.com. Recognised as a high achieving entrepreneur and online marketer, David has been a keynote speaker at countless conferences and seminars, as well as featured in dozens of publications, including Australian Financial Review and Smart Investor and other media such as Nova radio and Channel 9’s Today Show.

“So, one of the very first events that I went to back in early 2000 was Anthony Robbins' ‘Date with Destiny' up on the Gold Coast. He talked about creating this juice that was almost food. He used to start his day with it. To make it, you take broccoli, get some celery, tomatoes, some… what else is in there? I usually put chilli, a little bit of lemon, pop it in a blender and blend it all up.  I used to call it – or still do call it – ‘slop'. You don’t blend it down to a point where it’s like a juice, it should be chunky. It is like a cold soup that you have to eat with a spoon and then you usually put some raw almond on top. I don't eat it every day like I used to but that really was my piece of food to start the day.

“Initially, I wanted to be a chef – that was my dream when I was younger.  I love to cook. I don’t know if I am as quite as good at putting people before myself as much as I used to be but I remember, I used to have this thing.  I cooked meals for the family and I would always give everybody else the best meal, as far as the way it would either look or the way it would come out, and then I would always give myself the worst meal.”

“I’ve just recently finish listening to the audio biography of Elon Musk by Ashlee Vance.  It’s really a good book.  And it got me to appreciate his story a lot more and what he has managed to build. I think that would be interesting.  I mean, along those lines of different entrepreneurs, I think probably Steve Jobs. I think he’d be another interesting one to sit down with.  Richard Branson, I think.  That’s probably from the entrepreneurial space.  Yeah, early influences, maybe Anthony Robins.  He’d probably be good as well.

“I think I would like to have it in Spain.  Maybe like one of those mac daddy houses that are built into the sides of a rock-face overlooking some city and maybe some water behind it. And we’re at the pools, something like that. And it’s the end of a hot day.”

“I would have to make myself a glass of slop.  I’ve got a soft spot at the moment for foshodo.”

Where to find David Jenyns