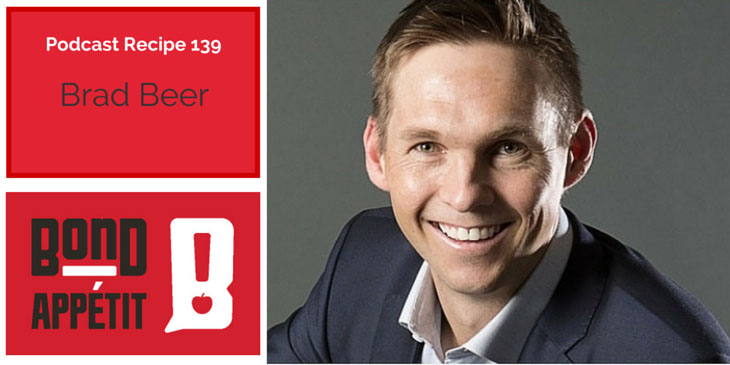 Brad Beer, is a physiotherapist, author and the Founder of a company called POGO Physio. He specialise in helping active people perform at their physical best, by keeping them pain and injury free. He work best with highly committed people who place a high value on their physical health & performance. He graduated from the Gold Coast’s Griffith University in 2005 with a double degree in Physiotherapy and Exercise Science, and shortly after launched my practice in 2006 (originally named My Back’s Physio Australia).

Brad is a man passionate about extolling the virtues of optimal physical. He loves to see people getting out of pain fast, optimising their physical performance, and prolonging the longevity of their bodies. He is a highly regarded and sought after physio and the founder of one of Australia’s most successful private physiotherapy practices POGO Physio (Gold Coast, AUS).

In November 2014 Brad's first book ‘You Can Run Pain & Injury Free‘ is scheduled for release. Brad founded this practice in 2006 fresh out of university. Since 2006 the practice has treated over 15,000 people, and brad himself has delivered over 23,000 treatments. The practice has won an array of prestigious business awards including the 2011 Gold Coast Business Excellence Award for Trades, Professions, and Services.

As result the bulk of Brad’s clinical work is focussed on diagnosing, treating, and helping injured runners return to what they love. Brad’s advice and commentary is regularly sought by the media and he is a regular contributor to Australia’s Run 4 Your Life magazine.

Running every other day

“The person that I most want to sit down to have dinner with would probably be with Daniel Priestly of Key Person of Influence. I'm just fascinated by how he thinks on the insights of business and entrepreneurship. So right now, that would be the person. I stay local probably be Gold coast would be somewhere over Marina mirage. It’s a nice city and that would be good.”

“It would be something very simple like a grilled chicken and chips that my wife prepares for Bella which is basically a potato.”

Where to find Brad