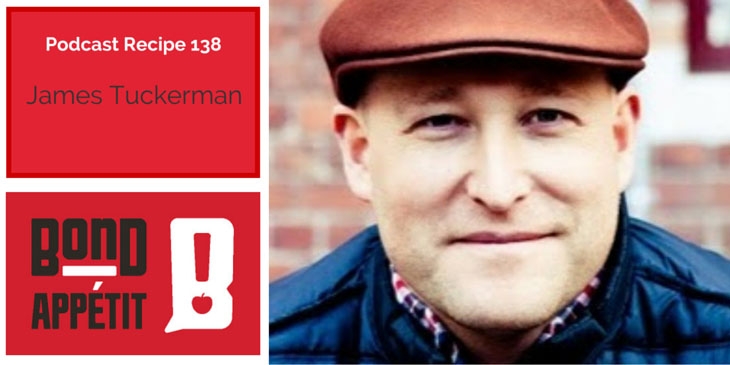 James Tuckerman is one of Australia’s most accomplished digital publishers. He’s an entrepreneur, angel investor, consultant, coach and public speaker. He is best known for launching Anthill Magazine, in 2003, from the spare bedroom of his parents’ home. He was then 26 years of age. In 2004 and 2005, he was named Best Small Publisher in Australia by the ABA (now Publishers Australia).

In early 2009, he reinvented the Anthill business model, abandoning its print origins in favour of a 100% digital product. Within six-months, AnthillOnline.com was listed by Nielsen Online Ratings among the Top 50 Business & Finance websites in Australia. Since then, he has launched numerous digital ventures and helped other companies, large and small, make the transition online or helped them significantly improve their online commercial outcomes.

“I have to say, Paleo diet all the way, sausages, chops, seafoods. Our family get together were more around the pool or the beach.”
“I never have had a coffee until the age of 22. Then I discovered other side of coffee consumption. Growing up, I can’t really say that I was much of a foodie. It was only after travelling probably in my 20's that I went “wow, interesting stuff is out there.”

“The people that I would really like to break bread with are the people who have probably come and gone. Either some cool people from history or even just loved ones. I love to talk to my grandfather about business sometime. Interesting that this is a podcast about entrepreneurship and food. It would be wonderful to catch up with my grandfather who used to run an advertising agency and talk with him about business and some of his favorite food. He was a lover of food.”
“I would love to have a sit down with the president of China in a context where I knew that I would not get in trouble. But sharing some of my views about the way that I think that he should run his country because it is quite literally, it is the largest economy on the planet with a lot of people and of the next ten years it could go different in two ways. And I love to have that conversation with someone who really counts.”

“I do love pork belly especially when it is infused with some other cultures way of doing it. So if I'm like in a Malaysian restaurant or whatever restaurant it's going be and I see pork belly on a menu, I think I want to have and they're going do it. I think I have dreams about it. The vegetarians listening are probably not going to agree with that.”

Where to find James