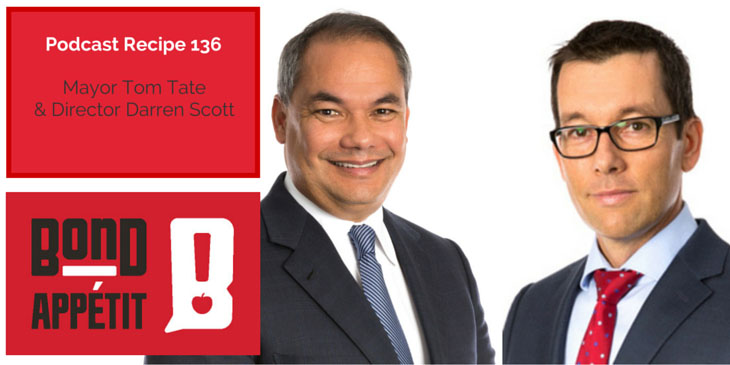 Tom Tate was elected Mayor of the City of Gold Coast, in April 2012. He is a civil engineer by trade, having graduated from the University of NSW in the early '80s. He started his career in the construction industry and later moved into the tourism and hospitality industry. He has served as CEO of the family-owned business, which includes the Islander Resort Hotel on the Gold Coast, for over 20 years.

Tom is an active member of the Gold Coast business community, having served for many years as a director for a variety of business associations and organisations, including Gold Coast Rugby and the Gold Coast Turf Club, and as Director and Regional Chairman of the Chamber of Commerce and Industry Queensland. Tom is a Life Member of the Surfers Paradise/Broadbeach Chamber of Commerce. He has been married to his wife, Ruth, for 35 years and together they have four children.

As Mayor, Tom is working to return that ‘have a go' spirit back to the Gold Coast. He has committed to reducing the cost of living pressure facing residents, reforming the City of Gold Coast, cutting waste and broadening the Gold Coast's economic base. The multicultural Mayor was born in Asia and speaks three languages.

Darren Scott is the Director Economic Development and Major Projects at City of Gold Coast since 2006. He is an Executive with multi-sector experience in engineering, transport, finance and government. Darren joined Council in 2006 and leads the Economic Development and Major Projects Directorate delivering projects and activities of economic significance to the Gold Coast. Current responsibilities include Evandale Cultural Precinct, Chinatown, Council component of Commonwealth Games, trade and export development, tourism infrastructure projects and special events.

His professional experience before joining Government includes engineering design and construction management in Australia and PNG and business strategy and transport consulting in Australia, Asia and USA. Mr Scott holds a Master of Business Administration, a Bachelor of Civil Engineering (Honours) and is a graduate of the Australian Institute of Company Directors.

Know more about Tom and Darren

“I would go for the seafood platter. I love bugs. Morten Bay Bugs barbecued, and at the end I'd like Pavlova.”

“A great product in terms of advertising the locations. Fresh sea foods from the East coast of Australia.”

Where to find Tom and Darren