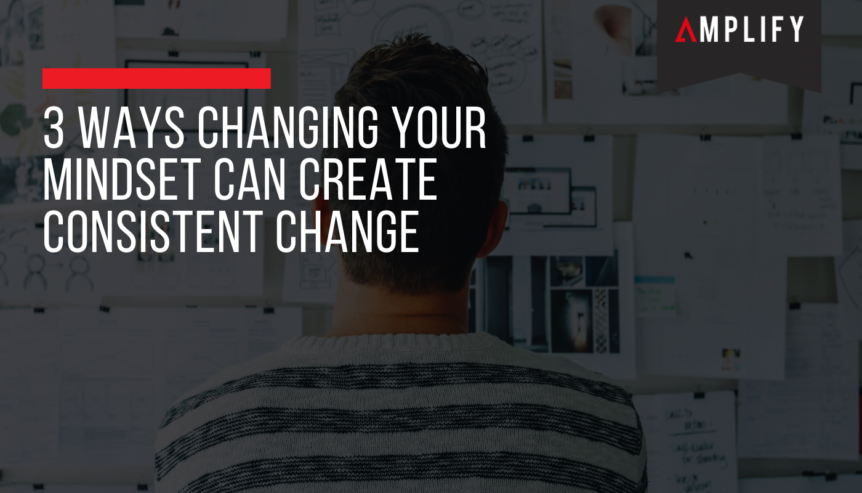 Entrepreneurs are the ultimate problem solvers of the world. There’s an innate drive within a person, particularly at the beginning phases of a business, where we seek to create value, either by providing something someone needs or by solving a problem.

However, even though there’s passion and drive, the statistics showing how many small businesses fail within their first few years is stomach-churning. There are multiple factors that can attribute to this, but after sitting down with the Founder of Scribe, Tucker Max for a recent episode of Psychology of Entrepreneurship, he found that often the mind is the biggest obstacle for a business's sustainability.

Make Your Business About People

Life for me has certainly been an awesome ride, although it has hit peaks and troughs throughout. 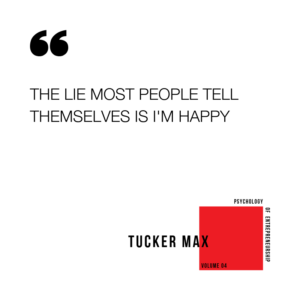 Right now, I’m at a point where I’m lucky enough to love what I’m doing. But what if you hit a peak, and then start to slide?

One theory contests that it’s a case of ‘too much success too early.’ Tucker’s work has given him an inside perspective and this theory certainly hits the mark.

Entrepreneurs “get some success or they get an exit and they're done, they're gone because the only thing that was actually driving them was their hunger,” he says.

“If you succeed once and stop, it's because it was only about filling the hole,” says Tucker.

What he’s alluding to is the “I’m going to show daddy,” mentality which has a whiff of someone only wanting to serve themselves.

“You have to truly reach back and make it about the mission, the ‘who’ you're helping,” explains Tucker. You have to make it about people, those you’re trying to solve a problem if you want to foster continual success. “Most entrepreneurs fail, they fail because they're making it about them. Your business, your product, your service is not about you. No one gives a fuck about you. They care about themselves.”

Don't Stay Comfortable Within Your Fear

We all have goals and dreams, but achieving them isn’t always easy. At times, we may find ourselves engaging in damaging behaviours or making poor choices, which can leave us disempowered and second-guessing our worth.

There is an intimate balance of light and dark within us that consists of our strengths and weaknesses. When this balance is tipped, we can gradually enter into a place of fear.

“The longer you refuse to embrace your shadow self, like the dark things in you that you don't want to admit, the worse they become, always,” says Tucker.

Not paying a bill, clinging onto a dysfunctional relationship or even staying in a terrible job, they’re all self-destructive acts. So, if these things are so painful, why do we keep repeating these behaviours?

Tucker explained this point as a short parable:

“Imagine you walk up to an old porch. There's an old man in his rocking chair on the porch, and there's a dog next to him. The dog's whining. And so he asked like, “Hey, man, why is your dog whining?” He goes, “Oh, well, he's sitting on a nail.” And it's like, “Well, why doesn't he move?” The old man says, “Well, when the pain gets really bad or bad enough, he'll move.”

While you may be thinking, “poor dog,” it’s important to look at the context. Often, we would prefer to remain in our pain and fear because it's safe, it's comfortable. We steadily become attached to this fear, which engrains itself within our identity and reaffirms what we believe, that “Well, if I'm suffering, I must deserve it.”

By attending to the shadowed aspects of ourselves and facing the unknown, we can all begin to evolve and grow. “Reevaluate who you are and your identity but then also go into the unknown,” says Tucker. Establishing a dialogue with your internal fears, allows you to release its power over you.

Fake it Until You Make it

No one is immune to Imposter Syndrome, and sadly entrepreneurs seem to feel it’s sting the hardest. It’s a fear-based phenomenon that can stop professionals in multiple sectors from reaching their full potential by generating feelings of inadequacy that persist despite their clear success.

Tucker evaluates Imposter Syndrome as “When you think ‘I literally am not the thing that people think I am,’ which is different than thinking you're not good enough.” Maybe at this point, applying ‘fake it until you make it,’ could be the answer.

“Fake it till you make it works if you're faking yourself into believing your actual skill set.” Essentially, you’re establishing an alter ego, and giving yourself permission to combat the things that instil fear and prevent you from moving forward.

Now, Tucker certainly isn’t suggesting that if you’re not able to do something you should just pretend you can. This method is largely reserved for those who feel that they can’t quite reach the top of the hill, and therefore sell themselves short – even though they’re perfectly capable and have conquered similar feats before.

There are so many mental blocks that can hinder someone from achieving great things not only within business, but also in life. When you can embrace and understand what is internally holding you back from your full potential, then reaching sustainable success is inevitable. 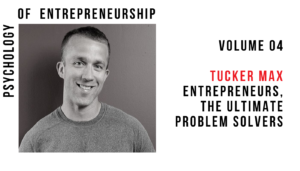 For more on successful business mindsets, check out Volume 04 of the Psychology of Entrepreneurship podcast hosted by Ronsley Vaz with special guest Tucker Max.