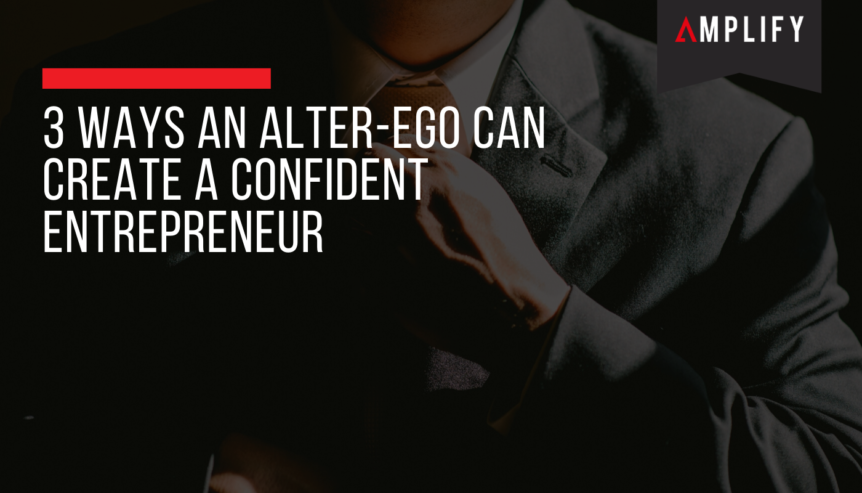 A lack of confidence can hold you back in every aspect of your life. In relationships, in your work life, and especially in business endeavours as an entrepreneur. But confidence isn’t something you can just acquire if you don’t have it, to begin with. Or can you?

What if you could hit pause on yourself and be someone else for a while, someone who does have the confidence and courage to attempt things that you don’t?

According to Todd Herman, who I spoke with on a recent episode of Psychology of Entrepreneurship, you can. Todd is the author of the best-selling book The Alter Ego Effect: The Power of Secret Identities to Transform Your Life, where he expands on the idea of tapping into the abilities and qualities in someone else that you feel you lack yourself, to accomplish things in your life.

Todd’s entire alter-ego philosophy is fascinating to me, and it gives us so many opportunities to change things about ourselves and our lives. He uses this philosophy to coach celebrities, powerful athletes and people of importance all over the world.

But it had me thinking, how can this be applied to entrepreneurs in particular?

Strengthen our Relationship With Ourselves First

Have you ever noticed that it’s hard to see certain things about yourself until someone else points them out? And then after they do, you wonder how you’ve never noticed something so obvious. 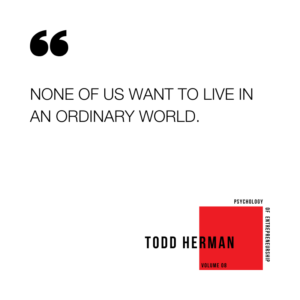 Well, what if adapting an alter-ego could help us to see ourselves more objectively? If we could see ourselves through someone else’s eyes, even if they were our own, we could start breaking down the idiosyncrasies that are holding us back. I know that sounds confusing, but it’s entirely possible.

Once you can objectively see the choices you make and the interactions you have with people, the keyword here being objective, you can start making changes in how you operate, and ultimately with the relationship with yourself.

Todd says “We’re bombarded with things every day that makes us insecure”. He explains that we live in a society that was designed to make us think that we need another person to survive. We never knew we were supposed to cultivate the things about ourselves that made us unique and to rely on those traits.

When you begin creating an alter-ego to get you through the tough stuff, whether that may be presenting in front of a crowd, or launching a new business venture, you begin to rely on strengths you think the “real you” lacks.

But you’re creating them! You’re giving life to these traits. It’s funny how sometimes the very things we think we’re not capable of, are the ones we end up being the best at. The fear is so blinding, that sometimes we can see through it.

Sometimes it’s just about seeing ourselves objectively but also seeing our failures that way as well. When you adopt an alter-ego, you’re sort of giving yourself permission to do things you’re afraid of. This can lead to extraordinary success, but also to failures.

But if you’re stepping outside of yourself, you can again take the movie approach I mentioned earlier. You can see not only the ultimate failure but all the choices that led you there. Which means you can pick apart your journey and regroup, hopefully with far less emotional attachment to the loss itself.

Living by Todd’s alter-ego philosophy isn’t about pretending to be someone else, it’s about being yourself in ways you didn’t realize were possible. When we tap into these unreachable qualities, we can accomplish things in our professional lives that we never thought were possible. 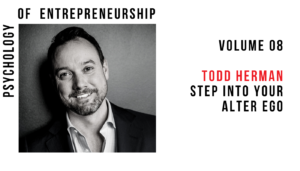 For more on the alter-ego effect, check out Volume 8 of the Psychology of Entrepreneurship podcast hosted by Ronsley Vaz with special guest Todd Herman.