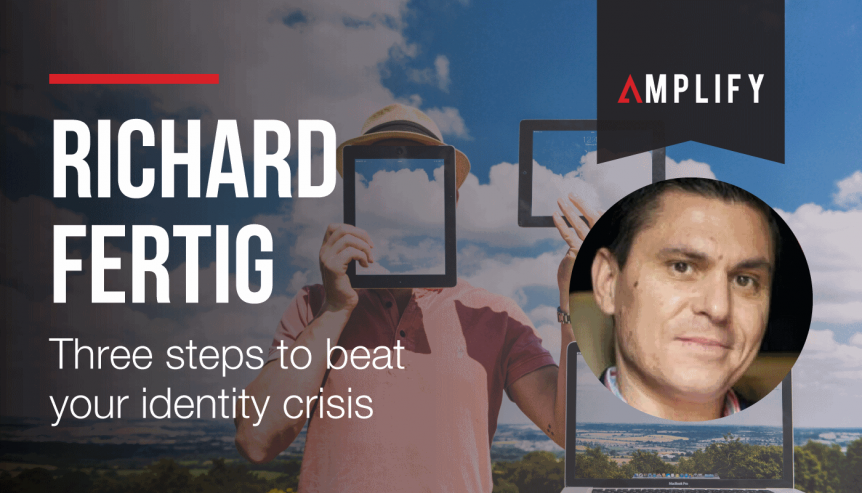 Richard Fertig is a guru when it comes to running businesses. As the CEO of multiple companies, including Brilliant Transportation and LifeZaver, he has developed his ideas and projects by focusing on what he is good at. And that’s being a creative problem solver and empowering his employees to deliver on his visions. But that doesn’t mean that Richard is immune to the problems in life that can affect any of us at any time.

In my conversation with Richard for the Bond Appetit show, he described to me the challenges he’s faced in and out of his career, and how he overcame them.

Find the excitement in the change

Richard never imagined that he would separate from his wife, but sadly it happened and it shook him to the core. Beside being an emotionally difficult time, it was also an event that challenged his personal identity. He was no longer an entrepreneur, father of three and husband. He was now an entrepreneur and father of three. But in that sad, life-changing moment, Richard began to see new horizons. It became a new beginning, a new chapter in his life. He realised that in order to move on he would have to fully embrace it, and that’s exactly what he did

Think about yourself in a new way

In Richard’s journey, he hasn’t just been faced with personal problems to overcome. He’s also had to navigate through challenges in his career too. Before the financial crisis, Richard was head of a massive hedge fund that peaked at $4 billion. However, like many professionals during that time, in 2008 he was let go.

This was a huge affront to his personal identity. He knew that he had to find a new way to view himself. He realised that managing a hedge fund was something that Richard did, it wasn’t what Richard was! Once he looked at himself in a different way, he could open himself up for new possibilities and see his self-worth.

Give yourself a new challenge, no matter how small

Adopting a new lease on life, Richard took up running. And, even though at first he realised it wasn’t exactly his natural forte, he started to measure his progress. Every day he checked his run times and checked his recovery time. Slowly not only did his running improve but his mind started to move onto what he could do next.

This fitness regime inspired in Richard a new thinking process that resulted in a wave of entrepreneurial challenges he wanted to tackle. His creative mind kicked in and he could envisage his next chapter. And that ended becoming his wildly successful business, Brilliant Transportation.

Identity crisis is always going to be difficult and is never something that can be fixed overnight. But with endings there are always new beginnings. By focusing on the excitement, yourself and new challenges, you can alleviate the difficulty and push yourself forward. Richard did it, and there’s no reason why you can’t do the same.