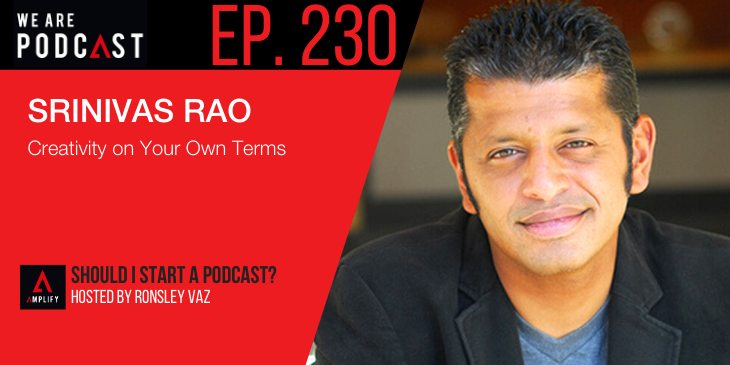 Being creative doesn’t mean you have to be a classically trained musician or a famous artist. Creativity is all about tackling a project in a unique way that works for you. This is especially true in podcasting.

Welcome to Should I Start A Podcast,

I’m Ronsley Vaz. Each week, with the help of a star-studded entrepreneurial guest lineup, we explore why you should start a podcast, build an audience, and how to keep them hungry for more.

If you’re thinking about starting a podcast or only looking for a better way to get your message out to your audience, then this is the podcast for you.

In this episode, I sat down with the one and only Srivinas Rao. Srinivas is the host of the popular podcast, Unmistakable Creative, where he’s interviewed hundreds of amazing guests. He’s had legends like Tim Ferriss, Simon Sinek, and Seth Godin on his show, so he knows a thing or two about interviewing. He’s also the author of the book An Audience of One: Reclaiming Creativity for Its Own Sake. Podcasting isn’t his only media. He’s even recently appeared on the smash-hit BBC show Indian Matchmaking.

I asked Srinivas about his definition of creativity, and he gave me quite the answer. He looks at podcasting, and the world, a bit differently than others I’ve talked to. His unique perspective on building an audience and producing a show is invaluable for newbies and seasoned pros alike. We get into all sorts of helpful topics in this conversation, like finding your motivation in more than just monetary sources. He gives me some insight into his daily routine that hasn’t changed in over ten years. And we chat about why loyalty always outvalues reach. You don’t want to miss this one.

Other great takeaways from this episode: 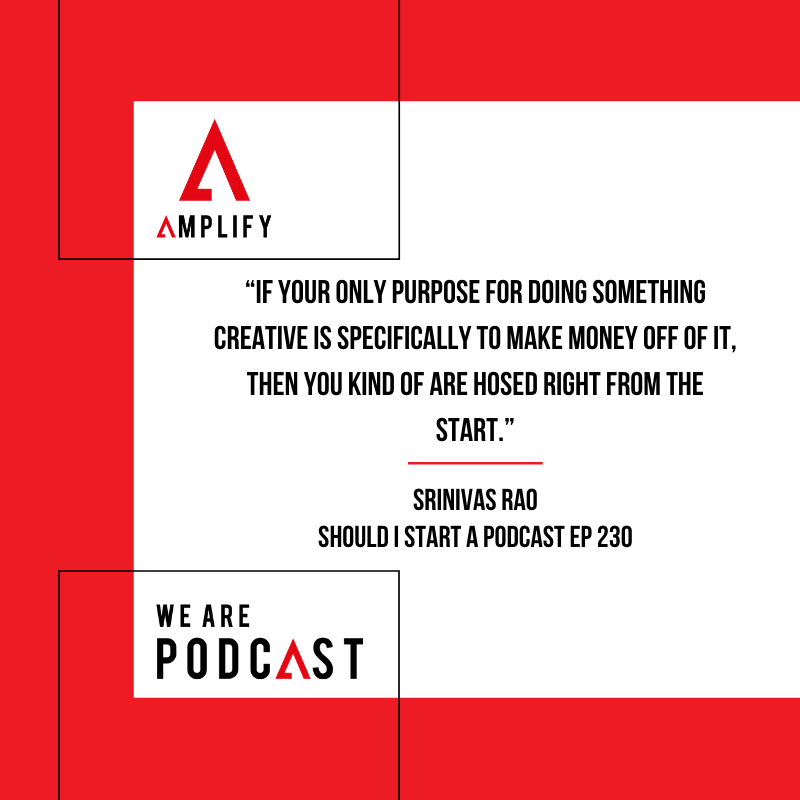 An Audience of One: Reclaiming Creativity for Its Own Sake

How to Build an Audience of 1,000 True Fans in a Noisy World