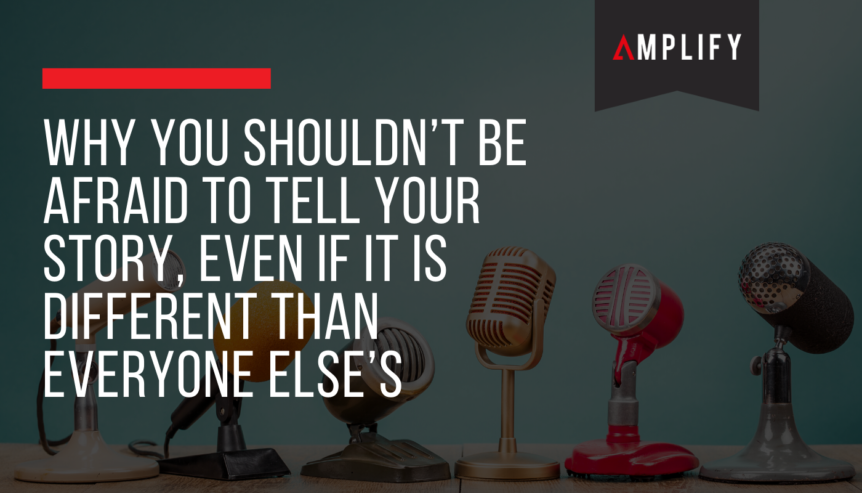 Everyone has a story to tell, that's what podcasting is all about after all. But the human connection component of storytelling is missing if you're not hearing any stories you can relate to.

On a recent episode of Should I Start a Podcast, I had a thoughtful conversation with the creator of SpreadIdeasMovePeople.com and host of the podcast Cafe con Pam, Pam Covarrubias. Pam started her podcast mainly because she wasn't hearing anyone in the podcasting world that she could relate to. “I was wondering where all the stories of people that look like me were”, she says.

It All Started With a Vision Board

Vision boards are sometimes seen as froufrou fairytale ideas that people like Oprah gush about, but don't offer any real useful help for us normal folk. Wrong! Vision boards are a great way to give life to all the ideas and goals you have floating around in your head. Visualization can be a reminder of a hopeful mindset you once had on days where you just don't have the motivation to see the future.

Pam put a picture of a microphone on her vision board one day, not really knowing what that meant. She thought maybe it would lead to some speaking engagements or a workshop of some kind. But then a couple of weeks later, she started talking to a music producer friend who told her it was time to bring her podcast idea to life. The lack of knowledge of audio editing was the only thing holding her back. With his offer to help, there were no more excuses. So Cafe con Pam was born!

Sticking to Her Roots

The whole point of starting a podcast was so that Pam could represent the Latino women she felt didn’t have a voice in the podcast world. So even the title of her show Cafe con Pam was crafted to show her roots. It is a play on the Spanish phrase “cafe con pan”, which means coffee with bread. “I wanted to have conversations over coffee,” she explained.

Growing up, Pam saw how her Mexican immigrant mother was treated in the US for not being able to speak English fluently. She felt like her mother was capable of so much, but wasn’t taken seriously because she was seen as “less than”. This stayed with Pam her entire life and has been the driving force behind much of her life’s work, especially her podcast. “I’m doing it for the people who don’t have a voice yet, for the people that don’t have a role model. And I’m doing it for my mother and my grandmother”, she said proudly.

You don’t have to have a strong cultural background to have a unique story. We all have a backstory. We all have had struggles, and have faced adversity in some way getting to where we are now. By connecting with someone on that level, by making them have an ah-ha moment of “Oh my gosh, I went through the same thing!”, you can leave a lasting impact that could even propel that listener’s life in a different direction.

However, like Spiderman’s uncle said, “With great power, comes great responsibility”. Telling your story comes with a certain amount of responsibility. But it’s not as heavy as you think. Just tell the truth. Tell your truth. You never know how incredibly impactful your words will be until you say them. Or until you ask that one question of your guest that produces the kind of answer that gives one unsuspecting listener goosebumps. Stories are incredibly powerful.

So don’t be afraid to tell your story. Someone is listening. Believe me.