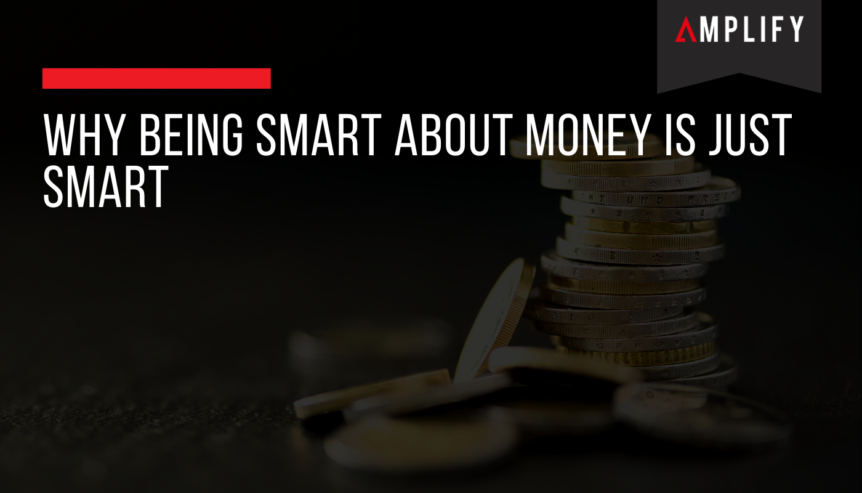 As entrepreneurs, we’re always thinking of ways to make money. But most of the time, it’s not to become rich, but to become independent. We want to make our own money. And we want it to be sustainable, so we don’t have to rely on bosses and corporations to make our living. So does the money we make equate to wealth? Not exactly. But being smart about money can lead to wealth, whatever your definition of that may be.

In a recent volume of The Psychology of Entrepreneurship, I had a conversation with legend Noel Whittaker. You could say Noel wrote the book on personal finance. Twenty-four books on it to be exact. His first book, Making Money Made Simple, is known as one of the foremost guides to finance. He reaches over 7 million readers each week with his newspaper columns and magazine contributions. And currently, Noel is an Adjunct Professor and Executive-in-Residence with the Queensland University of Technology. Oh, and he’s also a committee member advising the Australian Securities and Investment Commission. So yeah, Noel knows a thing or two about money. 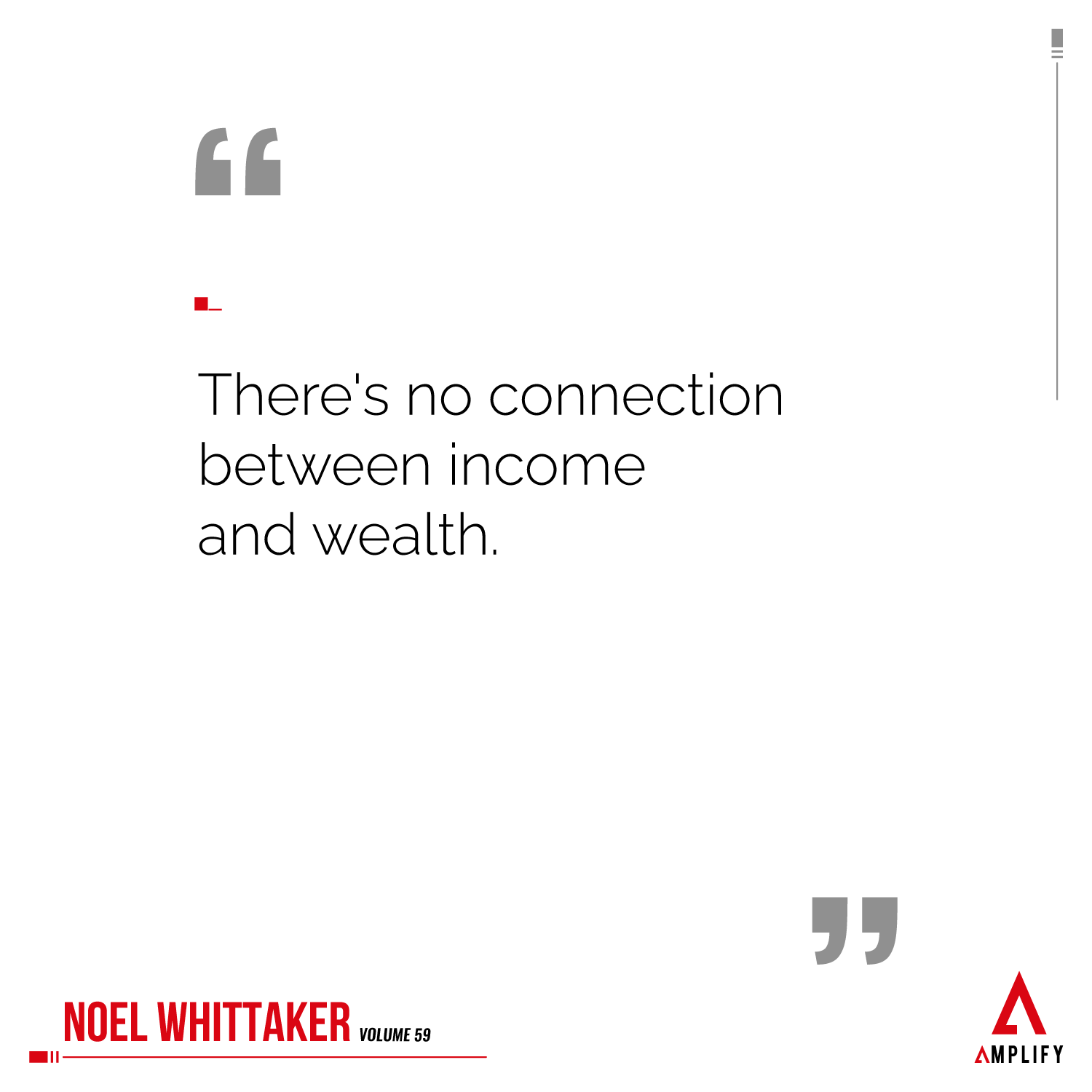 One of the most poignant things Noel said in our conversation was “There’s no connection between income and wealth.” It’s a bit of mind-bender processing those words. But he’s absolutely right. It’s not the paycheck you get weekly that’s going to make you rich. It’s what you do with that money, how you spend it, how you don’t spend it, and where you invest it that will bring you wealth.

Noel’s a big believer that money doesn’t bring you happiness. However, “There's no nexus between happiness and money. There's a big nexus between being unhappy because you've over-spent,” he says.

Ah-ha. Overspending. This is undoubtedly a way to spoil a good thing. It’s easy to overspend, especially if you’re not already in the habit of tracking your money or spending habits. So, what’s the best way to be smart about your money? You start by figuring out your goals.

Work Towards Your Goals

To determine how to get somewhere, you first need to know where you’re going. So what are your goals? “And then you work at your goals,” Noel says. “You want to have a nice house. Okay, well that's good. If I want a nice house, how much will it cost me? Then you work your goals backward. Well, if that's the case, I'll need to start with a house not that nice and get it paid off. Then maybe I've got to save a house deposit.” And so on.

That’s not new advice. I’m sure you’ve heard it before. But when Noel uses it in this context, it takes on a different meaning. “I mean, I know quite a few very poor people, but they're happy people because they live within their desires. That's the whole point,” he says. 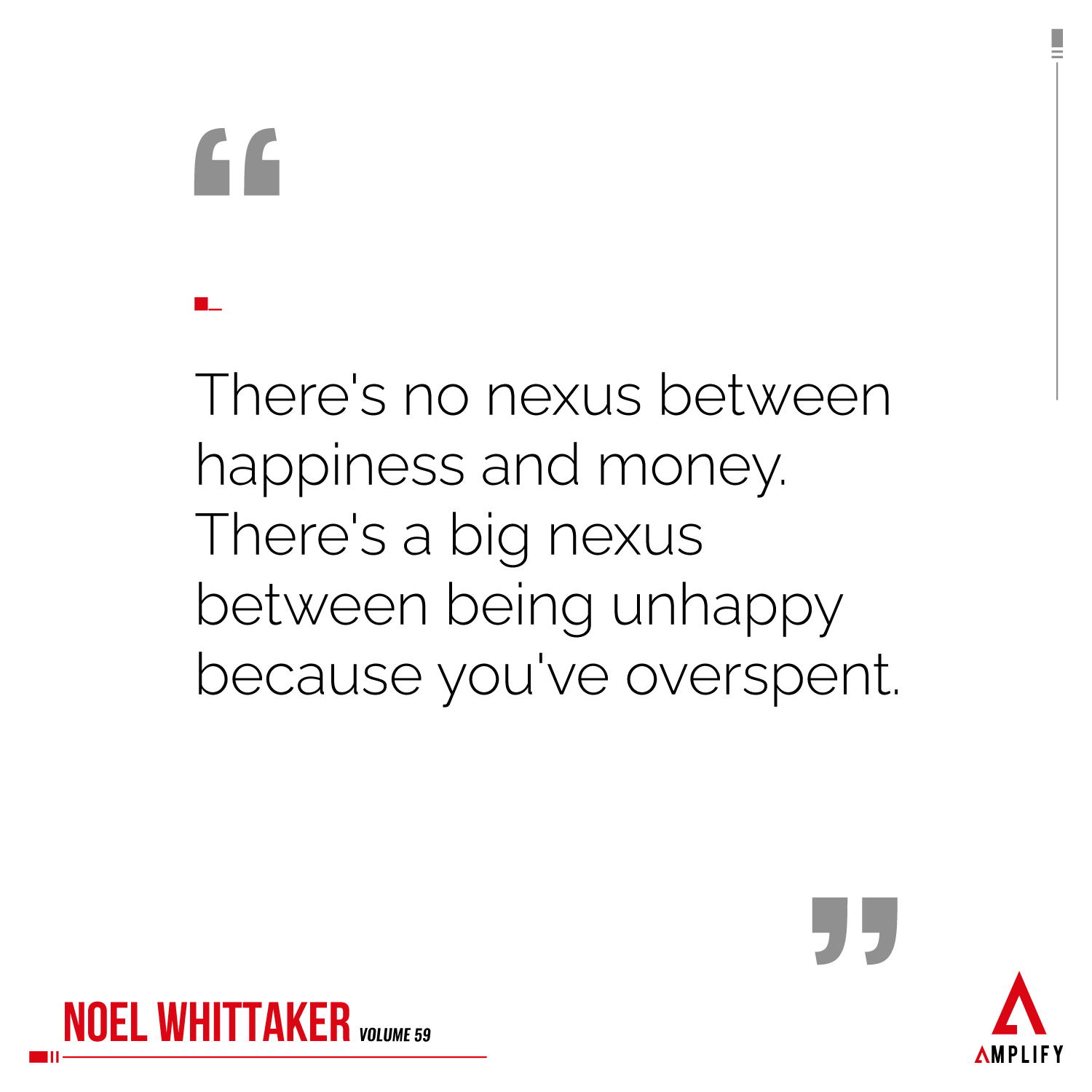 So does that mean to be happy, we just have to learn to live within our means? Well no, not exactly, at least not for everybody. But it does mean that as we work towards our goals, we should be ever presently aware of our money. So how do we do that?

Well, Noel has it pretty well laid out in his books. However, I think being smart with money also requires a shift in perspective. Focusing on the end game isn’t the answer, but focusing on your long game may be. If we’re treating our money as if it’s taking us to the place we want to be, rather than it is the place we want to be, perhaps handling it smartly would be easier.

The bottom line is, money does not equate to happiness. However, making rash, unwise financial decisions can indeed fill us with regret and thus we end up unhappy. So let’s be smart. Whether it’s about hanging on in the job world until we’re able to facilitate our own income-generating business, or wisely directing the funds we’ve already earned, let’s be smart.

To hear more of my conversation with Noel Whittaker, check out Volume 59 of The Psychology of Entrepreneurship.